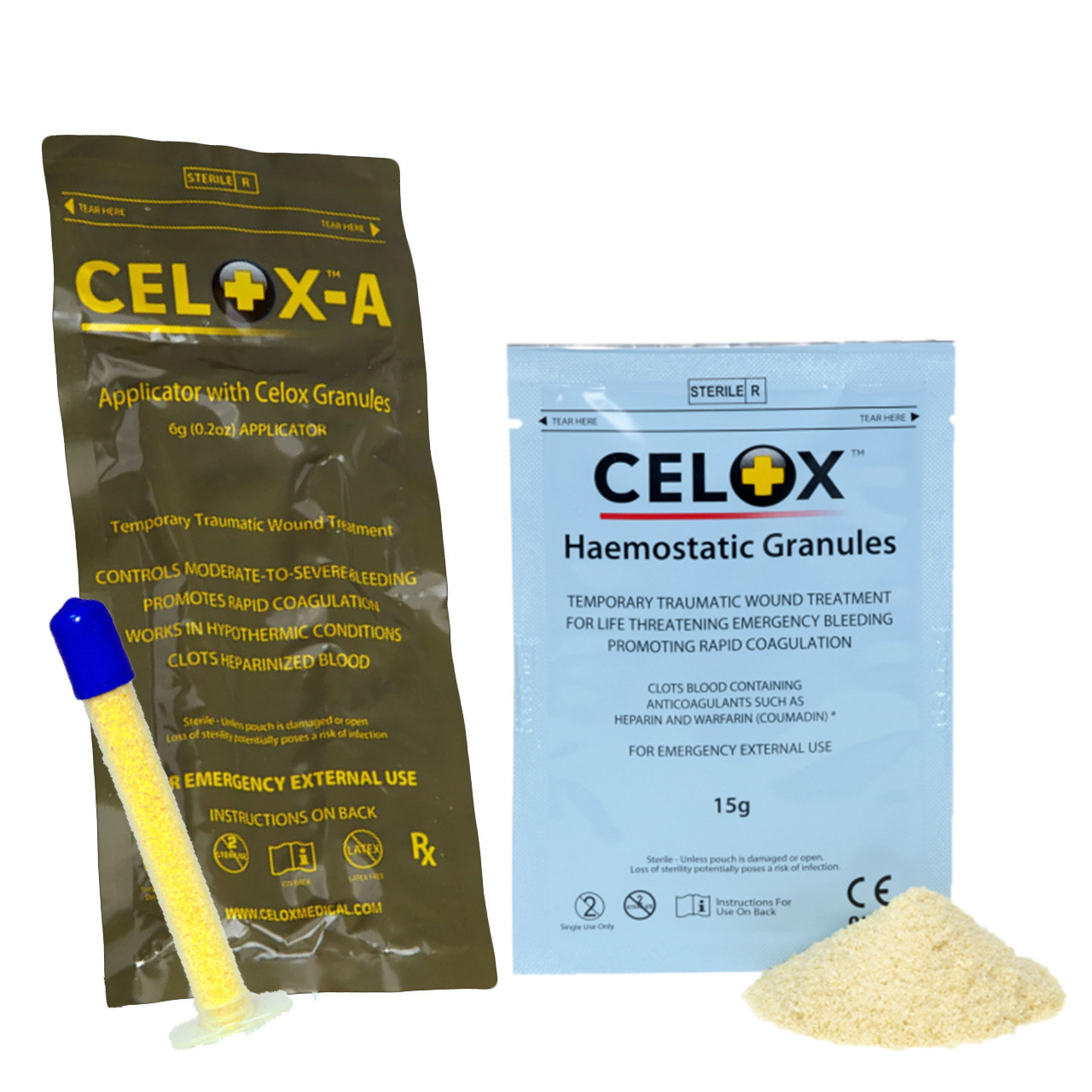 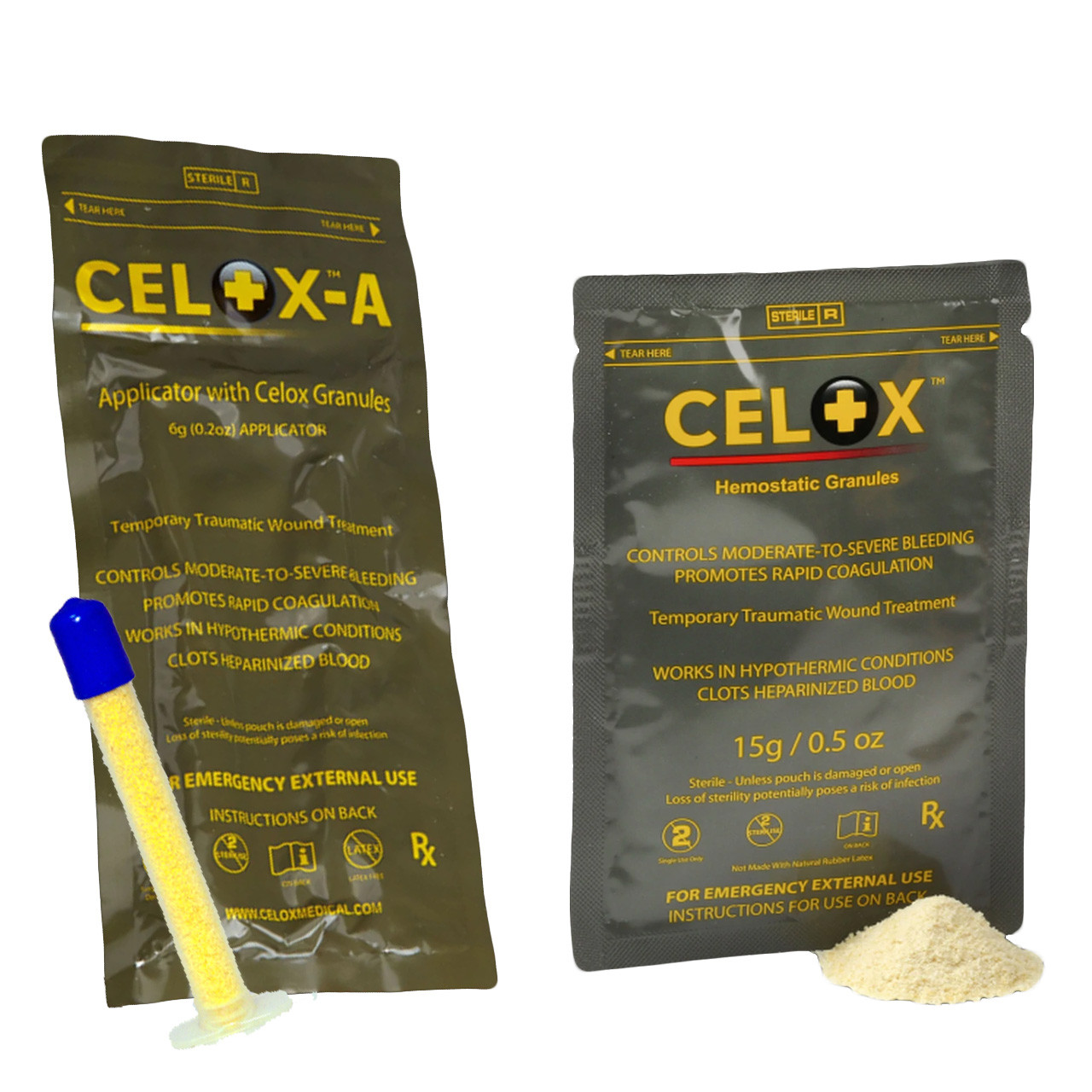 Save money and buy the Celox A Applicator together with Celox 15g Granules.

Available with CE or FDA approcal.

Penetrating wounds like shrapnel or knife wounds are very difficult to treat. They can often be lethal. It is extremely difficult to get a haemostatic agent to the real source of bleeding. Now there is a solution.
Celox-A is a unique applicator delivery system designed to give you an easy, safe and effective way to stop life-threatening bleeding from difficult to treat penetrating trauma. The instinctive applicator allows you to get the Celox granules through a small entry wound, directly to the bleeding site in just a few seconds.
In clinical testing Celox-A has repeatedly shown itself to be able to quickly and reliably stop deep arterial bleeds. Of course that should not surprise you - Celox granules have already been shown to result in 100% survival in independent US marines severe bleeding tests**. Celox's unique, patented and natural formula, works independently of the body's normal clotting mechanisms to robustly clot blood even where normal blood clotting is slow or impaired.

Celox A is suitable for:

You can rely on Celox to stop bleeding when you need it most. Celox works on all bleeding wounds; from minor cuts and grazes, to severe wounds.
Celox is easy to use (just pour, pack and apply pressure), very safe and extremely effective. When mixed with blood, Celox forms a robust gel plug in 30 seconds. This clotting action is independent of the bodies normal clotting processes. Celox’s clotting ability has been proven to work in the presence of common anti-coagulants such as warfarin.
In tests on swine by the U.S. Navy in Jacksonville, Celox was the only product to give 100% survival. Celox is made with chitosan. Chitosan is broken down in the body by lysozyme, a human enzyme, to leave glucosamine, a sugar which is normally found in the body.

Celox™ has been proven to stop life threatening bleeding and has been on sale for over 10 years. Celox Granules are safe and effective and registered as class III CE marked medical devices. In an independent trial by the US Navy, when compared to Quikclot* and standard gauze, Celox™ Granules was the only product to give 100% survival and was also the only product to give robust clotting with no rebleeding.

EASY TO USE
The Celox™ Granules mould to the shape of the wound to get firm pressure on to the source of the bleeding even in complex shaped injuries.

Celox Granules are suitable for: