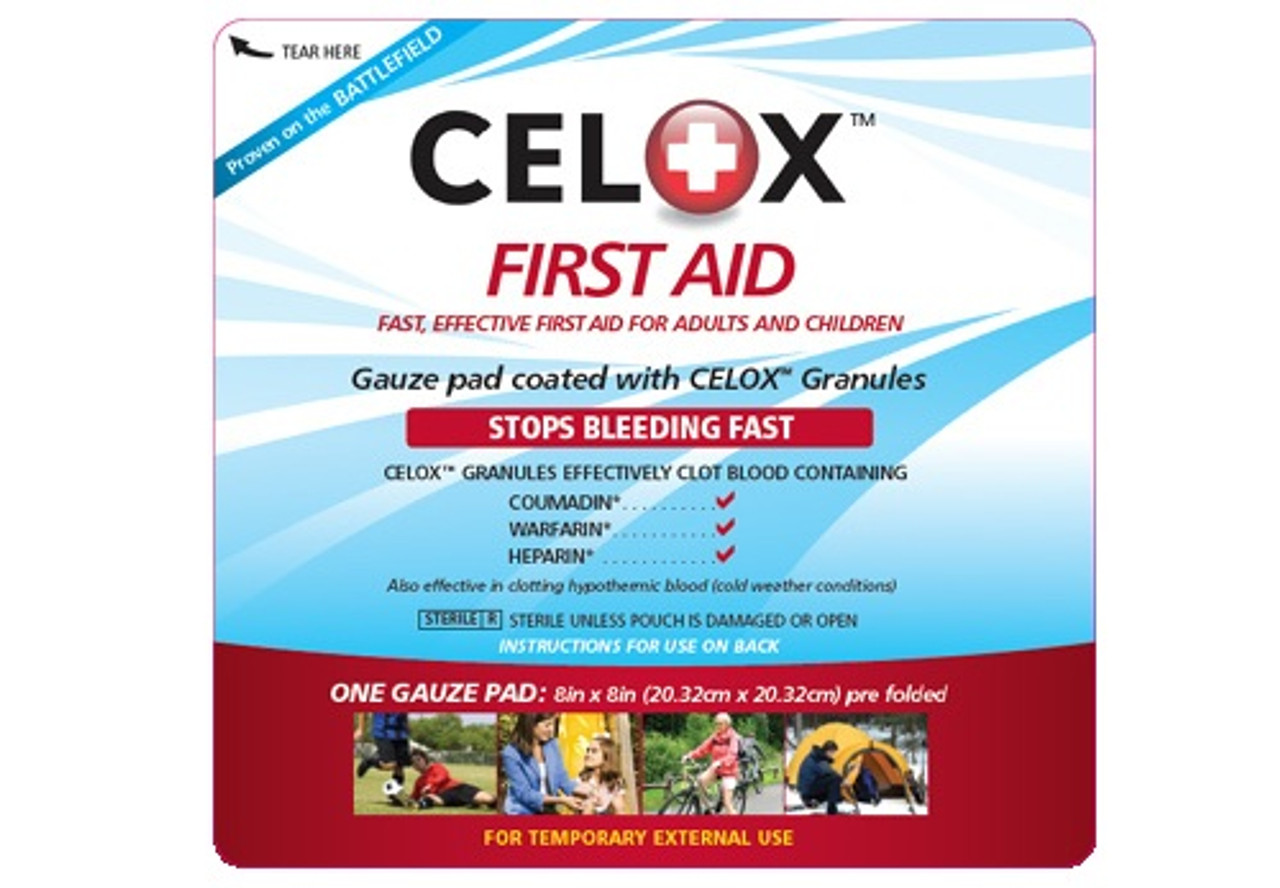 Now the power of Celox is available on a Gauze. Celox Gauze is an instinctive way of using Celox to stop bleeding. Just cover the wound and apply pressure its safe, easy and very effective.

Celox Gauze has highly effective Celox granules bonded on to the surface of a stable gauze which will not compact under pressure. Celox's unique, patented and natural formula, works independently of the body's normal clotting mechanisms to clot blood even where normal clotting is slow or impaired *.

In multiple wound model testing, Celox Gauze has repeatedly shown itself to be able to quickly and reliably stop even deep arterial bleeds.** Of course that should not surprise you as Celox granules have already been shown to result in 100% survival in independent U.S. Navy severe bleeding tests.**

Celox Technology has been shown to