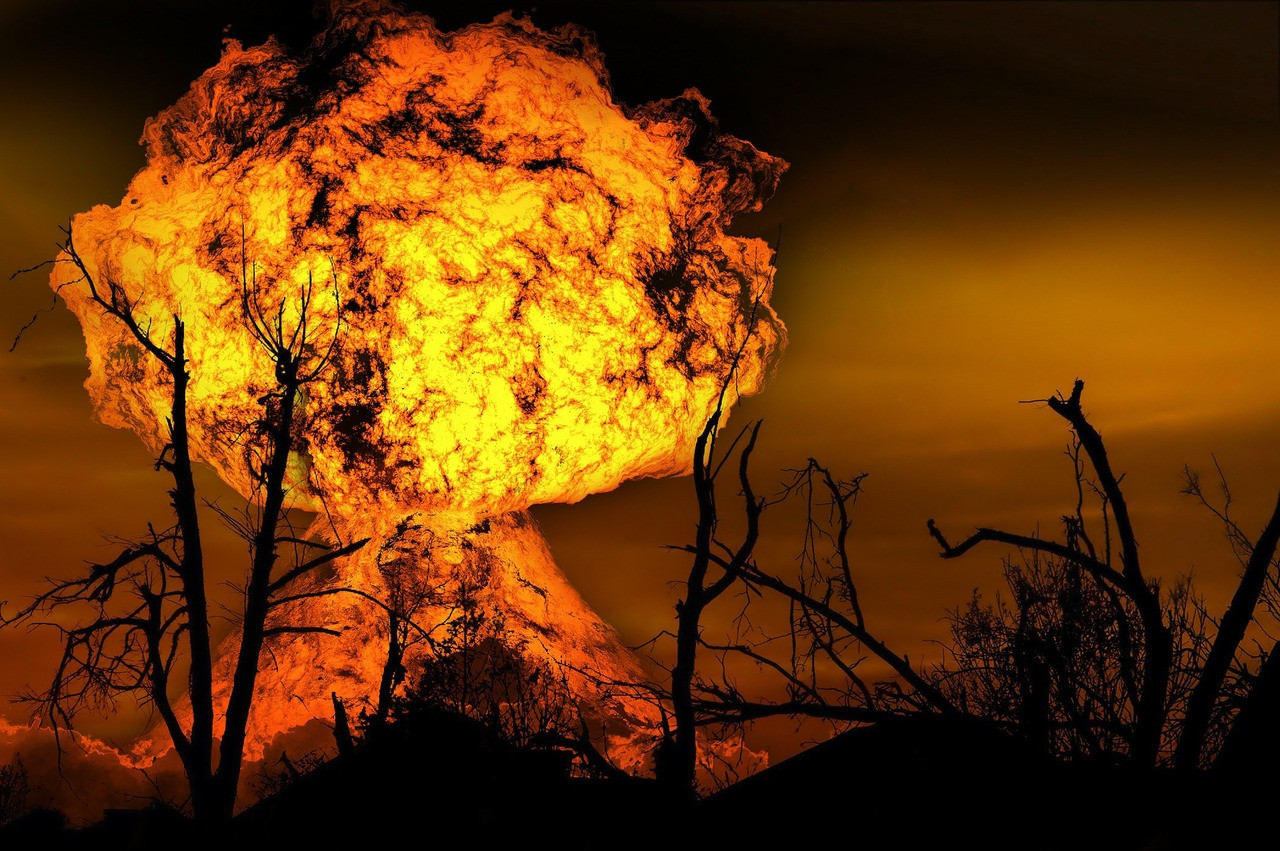 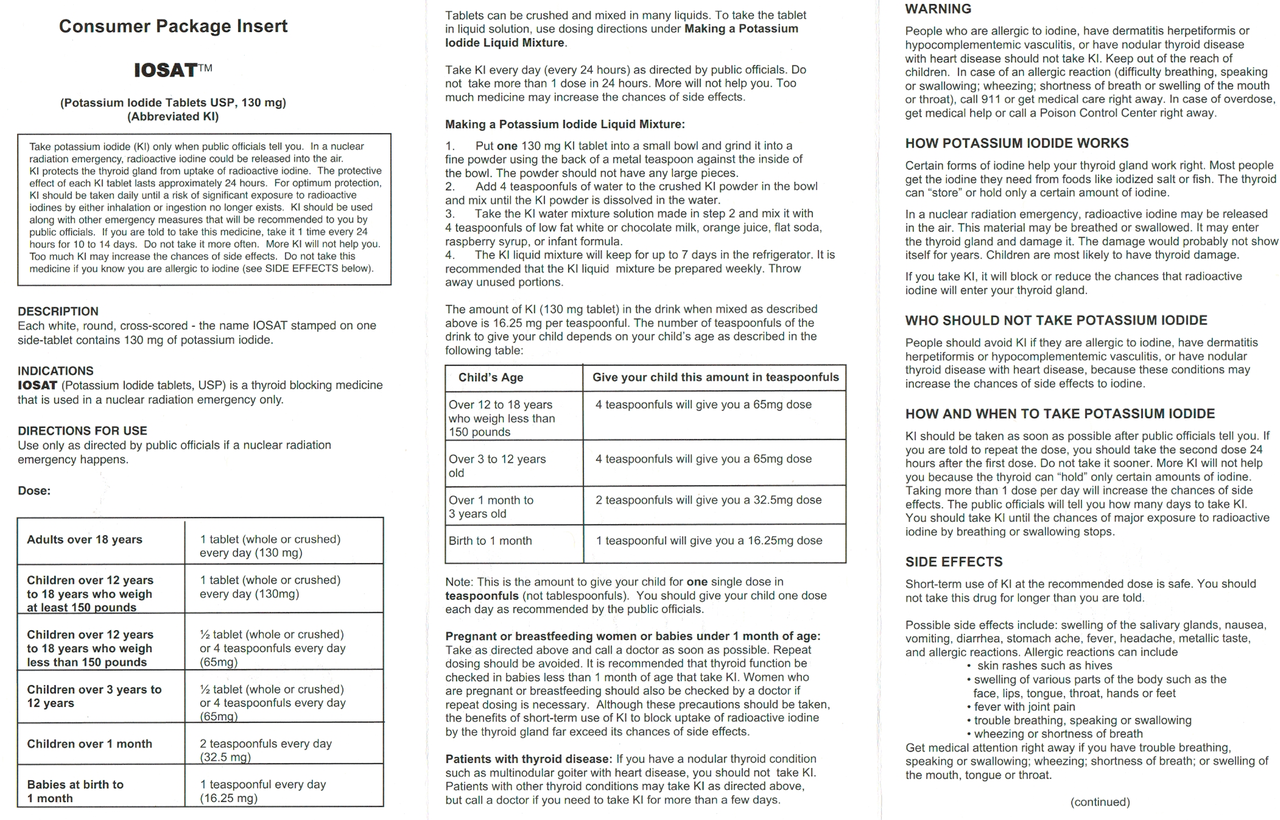 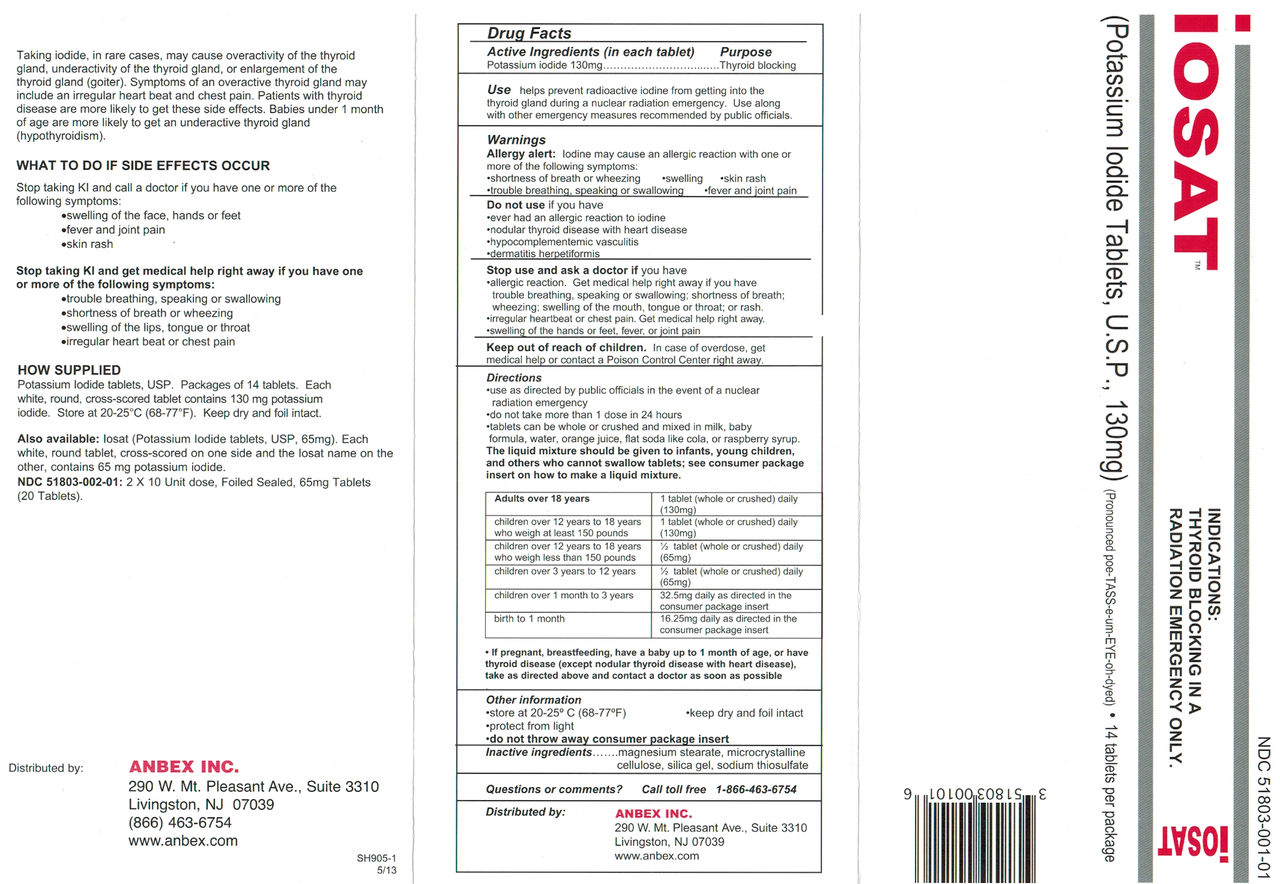 For Thyroid Blocking in a Radiation Emergency

To be on the safe side, it's best to have a pack of iOSAT at home if you live within 2000 km from a nuclear reactor.

What is Potassium Iodide and Why iOSAT?

iOSAT™ is the first “Radiation Protective” or Thyroid Blocking” agent to be sold directly to the general public. Its active ingredient, 130 mg. of potassium iodide (KI), gives virtually complete protection from the most feared consequence of a nuclear accident – a meltdown and release of radioactive iodine into the environment.

Radioactive iodine (primarily I-131)is a waste product of nuclear fission produced in reactors and bombs. Its potential impact on human health is staggering, and it could affect more people (perhaps far more people) than all other radioactive sources combined. US Nuclear Regulatory Commission (NRC) reports indicate that a major release could injure hundreds of thousands of people, and many believe that the government is underestimating the danger.

What makes I-131 so dangerous is that the body can not distinguish it from ordinary iodine. As a result, if it is accidentally swallowed (in contaminated food or water), or inhaled (it can remain in the atmosphere for days), it will be absorbed into the thyroid gland and will remain there long enough to slowly poison its victim. It can take 20 to 30 years, but eventually it can lead to cancer, thyroid damage, growth and birth defects, or death. Children, whose thyroids are especially active, are extremely susceptible to it.

But iOSAT protects against radioactive iodine by preventing its absorption by the thyroid gland. iOSAT saturates (blocks) the thyroid with stable iodine, “filling it to capacity”. Once filled, the gland “turns off” its absorption mechanism, and it will remain off long enough for the radioactive iodine to disappear naturally. This method of protection is extremely safe and effective, and up to 99% of all radiation induced thyroid damage can be avoided by the use of iOSAT.

The value of potassium iodide was demonstrated following the Chernobyl nuclear accident, where authorities began mass distribution (millions of doses) of KI just hours after the explosion. In the years following the accident in areas where people received the drug, the incidence of thyroid cancer has not increased. But where KI was not distributed, previously rare forms of juvenile thyroid cancer have begun appearing at epidemic rates, with over 11,000 cases reported by the year 2000.

But the radiation did not stop at the Soviet border. In Poland, 300 miles away, authorities watched as radioactive iodine levels began climbing. Soon, authorities felt they had no choice, and doctors ordered a protective dose for every child in the country. These efforts proved successful, and there has been no increase in thyroid cancer in Poland due to Chernobyl. Similar preventative measures took place in other areas throughout Europe, with similar success.

These programs succeeded because most European countries had long stockpiled KI for emergency use in the event of a nuclear accident or war. Planners, therefore, had access to the drug (which should be taken prior to exposure for maximum effectiveness) when it was needed. Unfortunately, similar mass stockpiles are not kept in the United States.

While nuclear reactors contain numerous radioactive products, most of the danger can be isolated to iodine. This is because iodine is unique in that:

3.    It is biologically active, and once absorbed stays in the body where it is concentrated in the thyroid, and

4.    Under accident conditions it can form an aerosol which can be blown downwind for hundreds of miles

No other radioactive product shares these characteristics, which is why health professionals fear the release of radioactive iodine more than any other consequence of a reactor accident. Estimates suggest that 95% of all health effects in a nuclear accident would be thyroid related, and that the prompt use of KI could prevent almost all of the injuries that would otherwise occur (in areas more than a few miles away from the plant site).

Unfortunately, current safety regulations for America’s nuclear plants are surprisingly unconcerned with the impact of iodine on the, literally, millions of people located more than a few miles from the reactor. Instead, emergency planning is essentially limited to a small “Emergency Planning Zone” (EPZ) of 5 to 10 miles around the plant, and is focused on evacuation of all people who might be exposed to radiation. There are virtually no plans in place to protect the much larger number of people located from 10 to 200 miles from the plant site, for whom evacuation is not feasible.

Yet, the potential for large casualties outside the EPZ is not unknown by authorities. According to figures provided by the US Nuclear Regulatory Commission (NRC), radioiodine could injure people located as far away as 200 miles from a reactor. If, for example, an accident were to occur at one of the Indian Point reactors (25 miles north of New York City), enough radioiodine could be released to potentially injure one person in every other household in northern New Jersey. In New York City, itself, from 25% to 40% of all adults would be expected to be injured, with children at twice the risk. At these levels, of course, casualties would number in the millions.

How safe is it?

Potassium iodide is extremely safe in the dosage provided by iOSAT. Because it is widely used in other treatments, its effects are well known. Millions of KI tablets are consumed annually in the US with virtually negligible side effects. Calculations by the National Council on Radiation Protection suggest that the incidence of adverse reactions to the KI in iOSAT can be as low as 1 in 10 million, and often no more than a mild skin rash.

Because of the inherent safety of KI, the FDA allows iOSAT to be sold without a prescription for radiation protection. Its use, however, should be limited to radiation emergencies, and only when recommended by emergency response authorities.

Proof of KI’s safety was demonstrated beyond reasonable doubt following the Chernobyl accident. As reported in The American Journal of Medicine, (Volume 94, May, 1993), despite very high levels of public anxiety caused by the fear of radiation, the incidence of side effects in Poland among the roughly 18 million who took iodine was very small. Approximately 99.8% of those who took KI had no side effects whatsoever, with only a few recipients reporting a mild skin rash or stomach upset. Only 2 cases of more serious side effects were noted, and both of these occurred among people with known allergies to iodide who had been warned not to take KI — but did so anyway.

iOSAT should be stored in a dry, room-temperature environment, with the blister packages unopened until its use is directed by public health authorities in a radiation emergency. Then, one tablet per day should be taken for as long as directed by public health officials. Under this regimen, sufficient thyroid blocking will be achieved to insure protection even in the worst accident. Of course, anyone taking iOSAT should follow all instructions from the public health authorities, including evacuation if conditions are judged to warrant it.

Who should not take iOSAT?

The only people who should not take <span style="font-family: 'Arial','sans-serif'; mso-fareast-font-family: 'Times New Roman'; color: