The Israeli IFAK - NEW - for the Stop the Bleed campaign

The combination of Israel's emergency expertise and high-tech production patents brings you the ultimate, most versatile, best value kit on the market.

What's so special about the Israeli IFAK?

Buying a first aid kit online is usually like buying a lottery ticket. You never know what you'll really get. With the Israeli IFAK, we strongly guarantee that you will get the LATEST generation products with the LONGEST EXPIRATION DATES and GENUINE directly from the manufacturers in the Israel and the USA.

What's in the Israeli IFAK?

What is Stop the Bleed campaign all about?

Stop the Bleed is a USA national awareness campaign and call-to-action. It was launched by the white house in 2015 following repeated active shooter events, where people lost their lives due to severe bleeding from gunshot wounds. The campaign aims to encourage bystanders in the scene of emergencies to help stop bleeding in wounded people until professional help arrives. For this, bystanders must become trained, equipped, and empowered to help in a bleeding emergency. The Israeli IFAK comes in to the equipment part - it is necessary to have a good specialized kit on hand in order to stop bleeding effectively. No matter how rapid the arrival of professional emergency responders, bystanders will always be first on the scene. A person who is bleeding can die from blood loss within five minutes, so quickly stopping the bleeding is critical. Those nearest to someone with life-threatening injuries are best positioned to provide immediate care if they are equipped with the appropriate training and resources.

Why is the Israeli IFAK the best choice for your Stop the Bleed kit?

Gunshot wounds are special in that they have an exit and entry wound. We created the Israeli IFAK contents with this in mind. The T3 Israeli bandage is the best compression bandage - with a detachable extra pad, which will be used to cover the exit wound or additional wounds. The new CAT Generation 7 CAT Tourniquets is used for stopping bloodflow to limb wounds. The WoundClot blood clotting trauma gauze will clot blood when treating non-tourniquet-able wounds. All of these products employ the latest research and innovations in their respective fields.

Since these are life saving products, it is important to buy kits which have genuine products in them, from a reputable distributor. While wearing fake Nike shoes can at worse just be an embarrassment, applying a fake tourniquet or bandage can result in death. The Israeli IFAK only includes FDA and CE approved items, coming directly from the manufacturers with the latest expiration dates. (as opposed to cheap fakes abundant on Amazon and elsewhere).

What if I want to have more of one item, or add other items, or change something?

You can always add items to your order, every item can also be bought individually in our store. So you can compose your own kit with a different pouch, more/less items, or replace one for another. You may also consult with us by chat. (be patient with time zone differences - we are located in Israel). 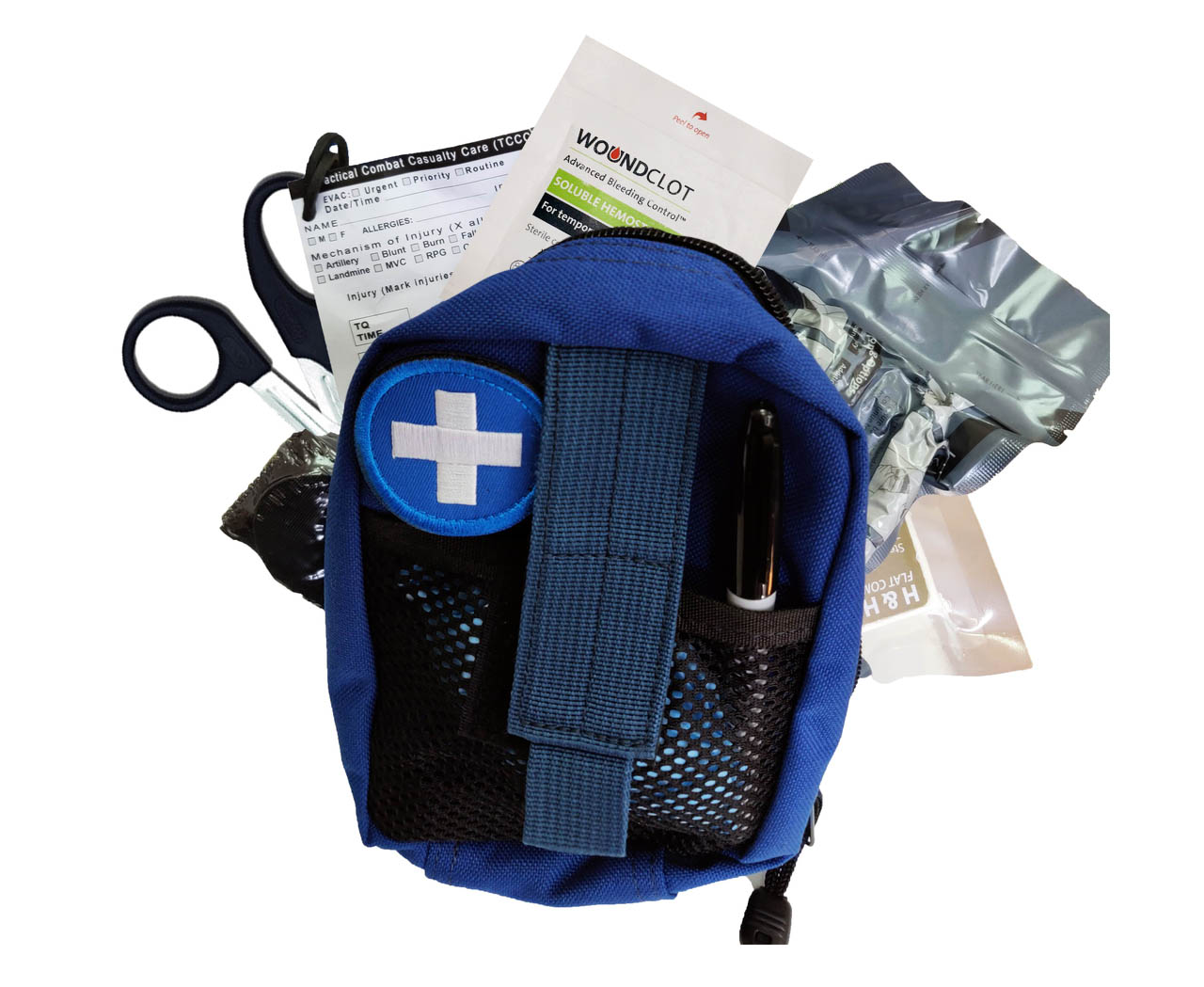