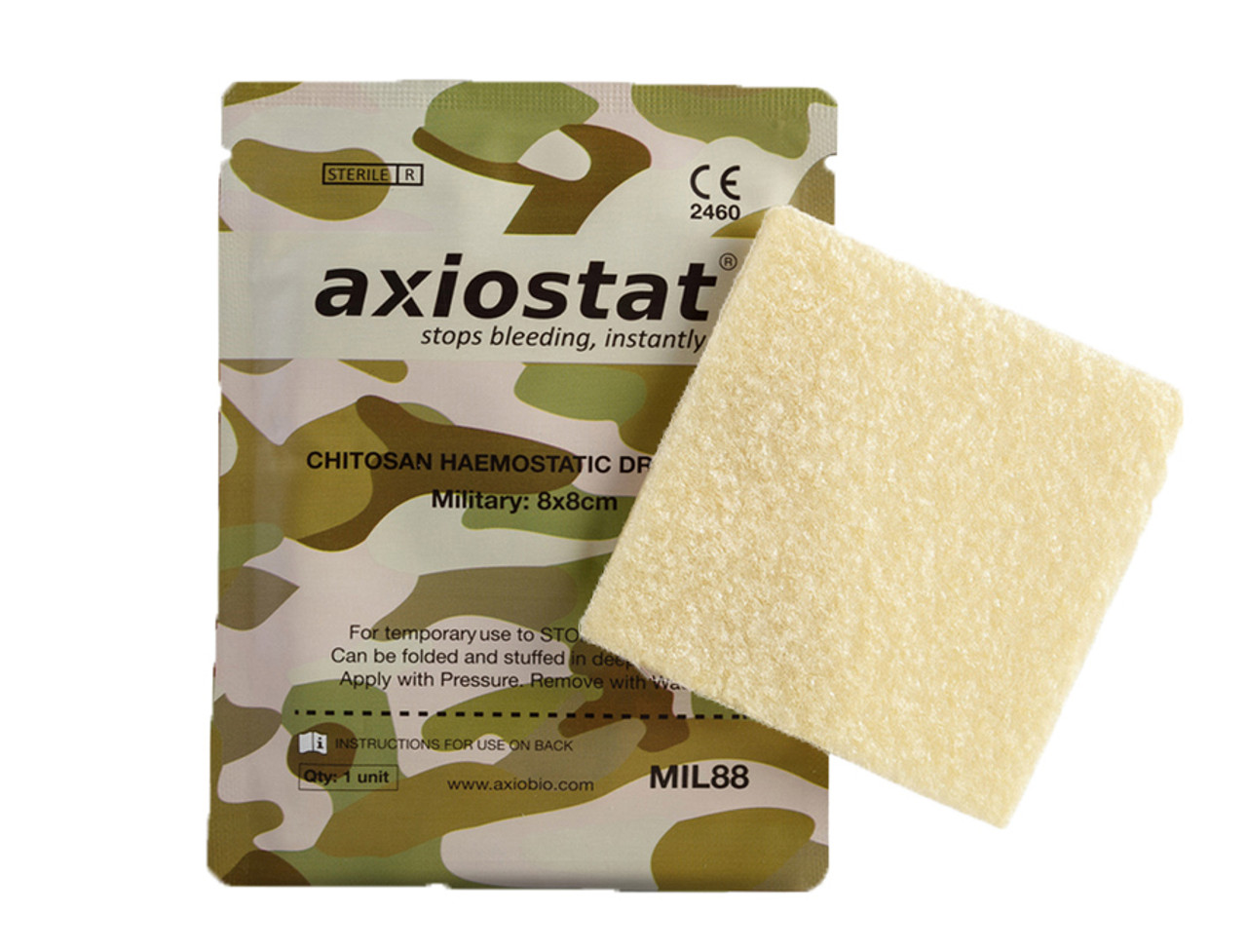 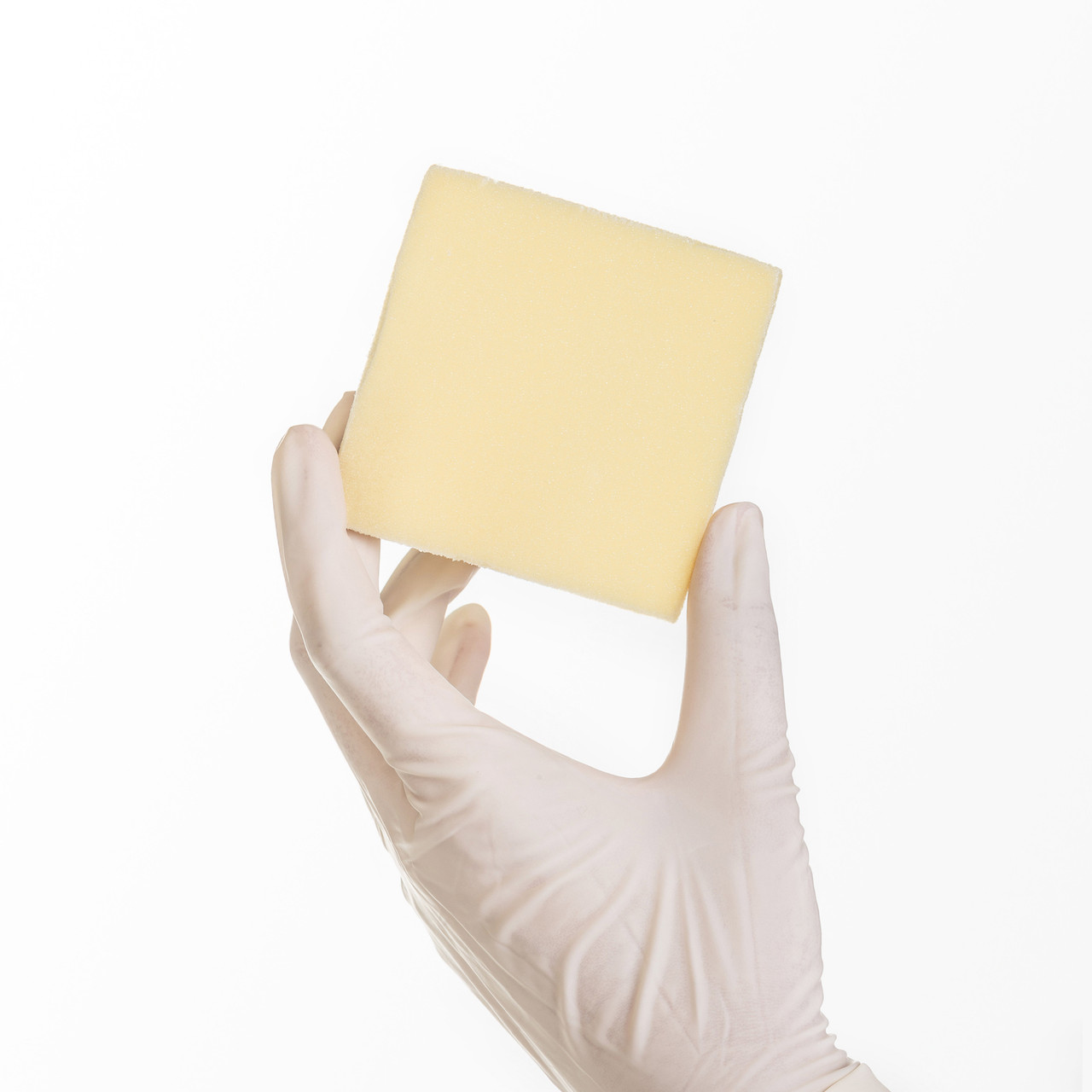 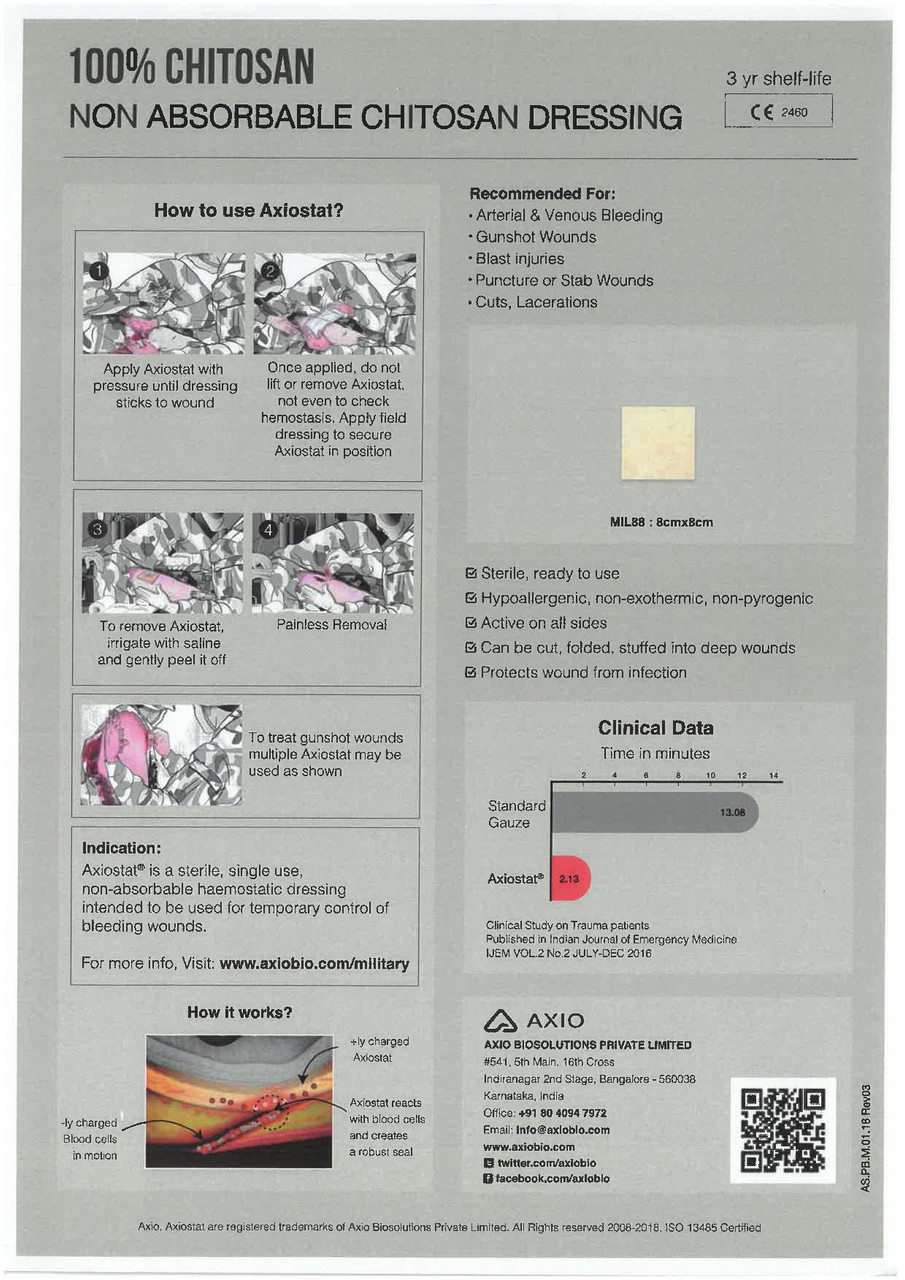 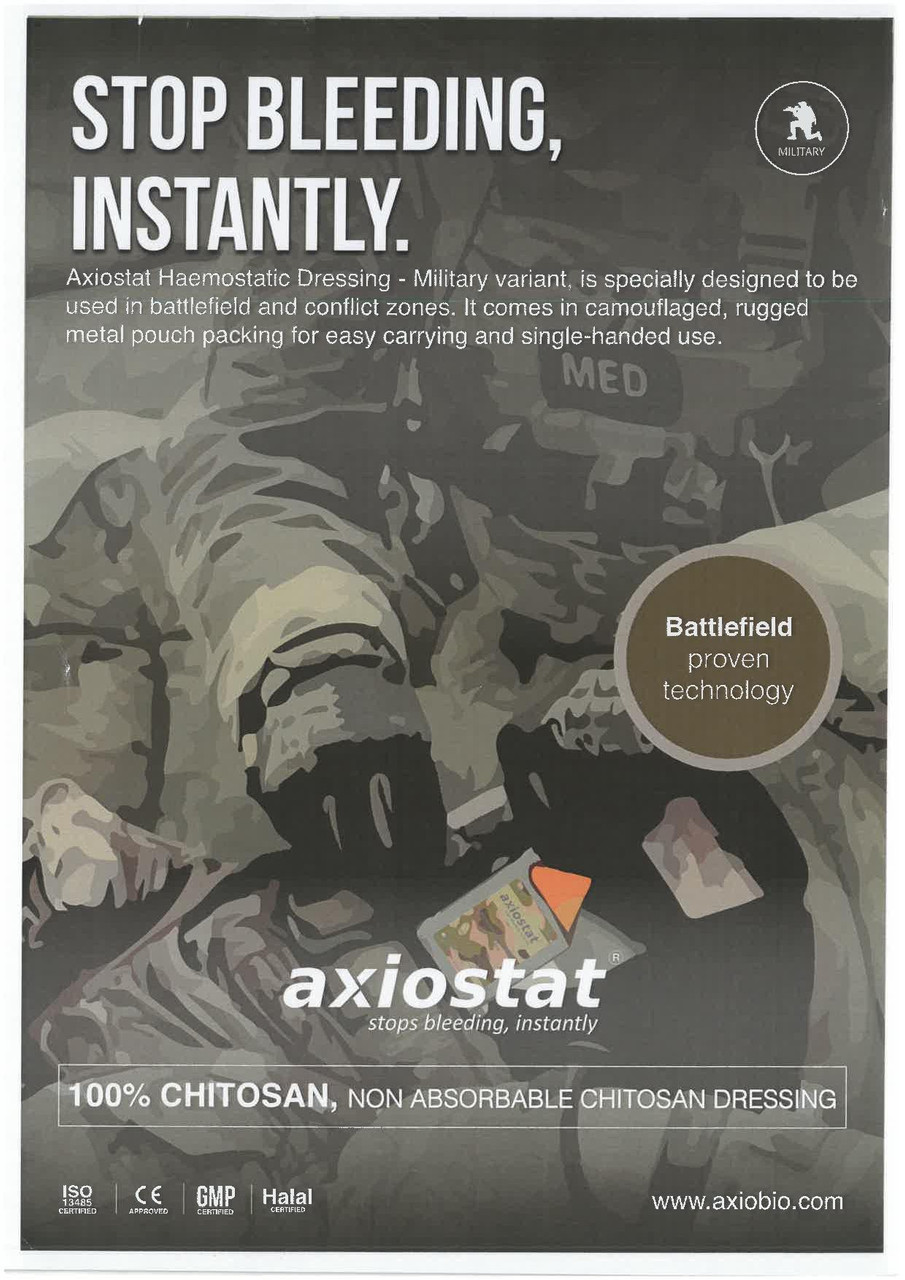 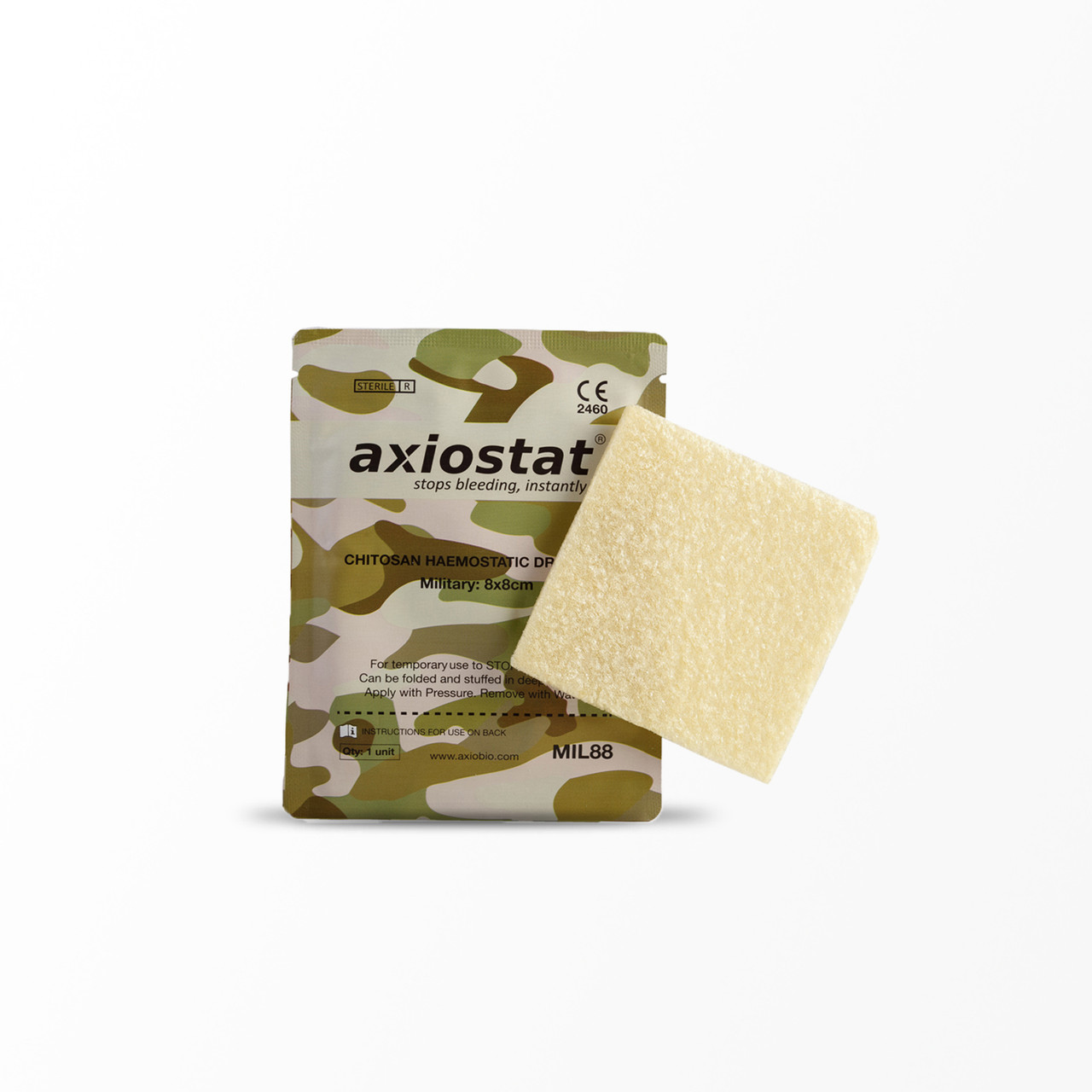 MIL88 (Military) - Axiostat ® is a sterile, single use, non-absorbable hemostatic dressing intended to be used by Army for temporary control of bleeding wounds. Axiostat ® stops moderate to severe bleeding due to cuts, abrasions, lacerations, venous or arterial bleeding. Indicated to use on Gunshot wounds, Scalp & Limb Cuts, lacerations, abrasions, Puncture or stab wounds and Patients with blood disorders or on blood thinners.

Chitin is extracted from the natural sources via demineralization and deproteination. The purified Chitin is then treated with concentrated alkalis (e.g. sodium hydroxide) to obtain Chitosan.

1. Tear open Axiostat pack.
2. Apply Axiostat with pressure until dressing sticks to wound.
3. Once applied, do not lift or remove Axiostat, not even to check hemostasis. Apply field dressing to secure Axiostat in position.
4. To remove Axiostat, irrigate with saline and gently peel it off.