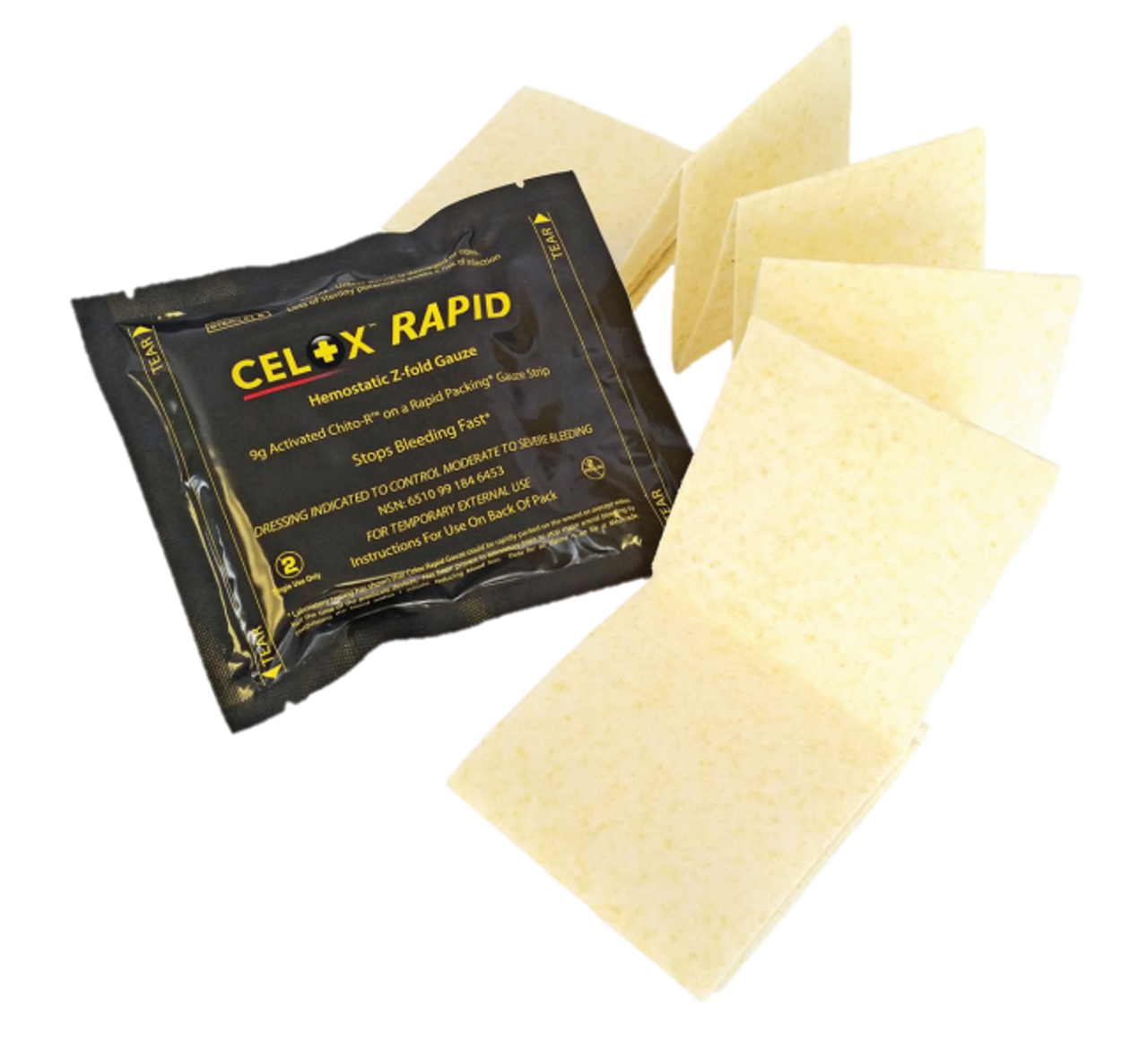 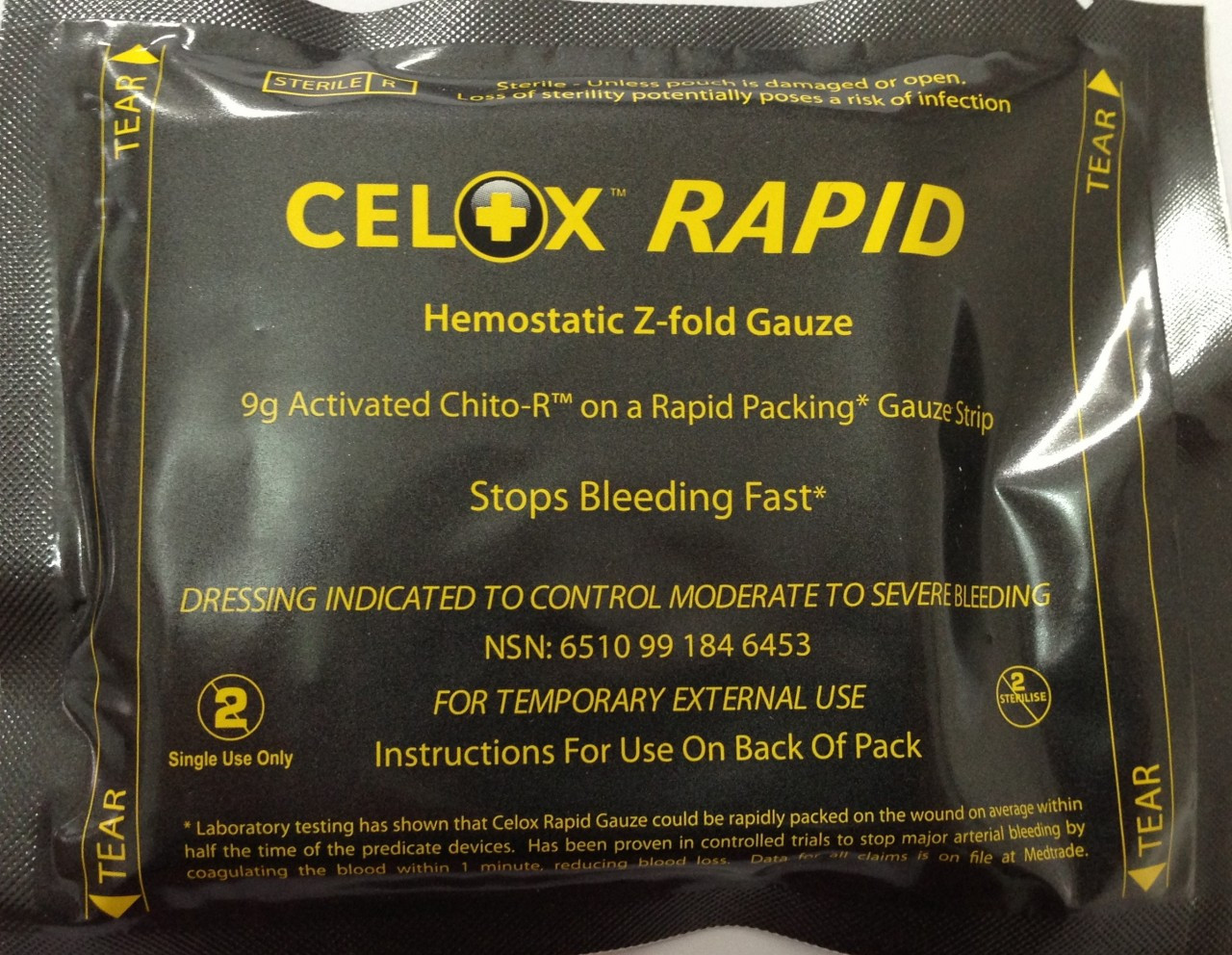 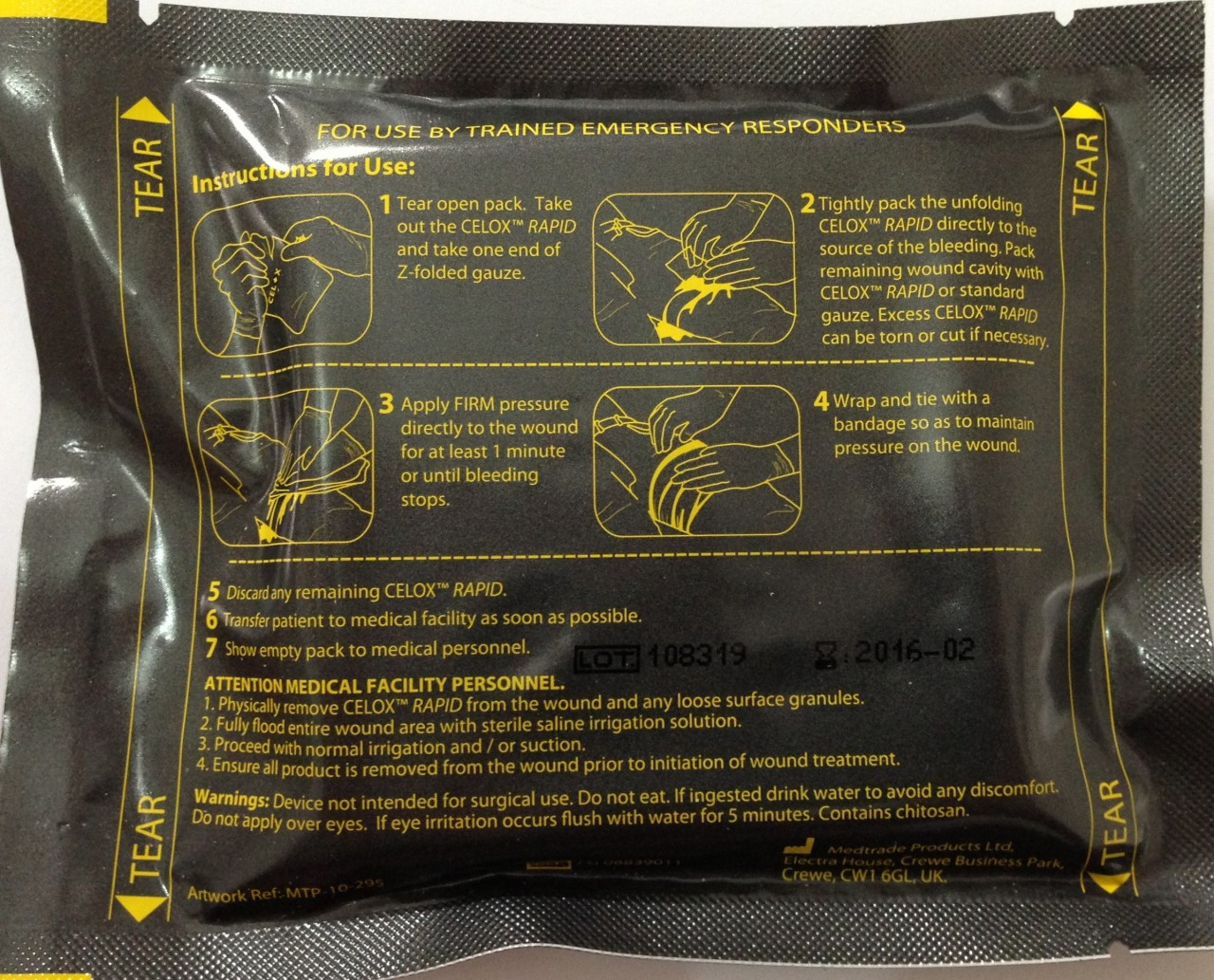 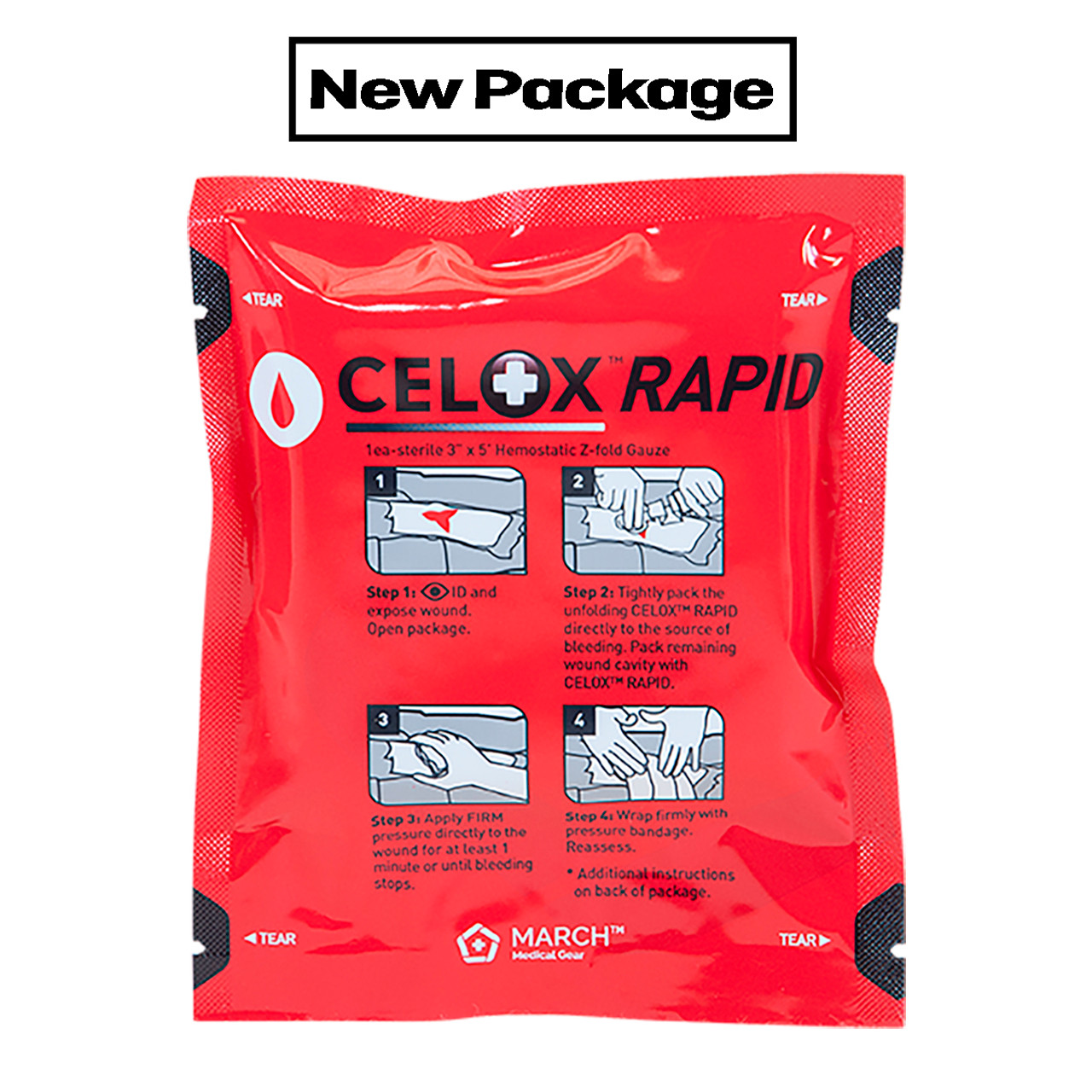 * The Celox Rapid is the same as the Celox Z-Fold only operates faster.

RAPID stabilization of hemorrhage is critical to reducing blood loss and associated morbidity in uncontrolled bleeding.
Current hemostats require at least three minutes of compression during which time significant blood loss may occur. There is a need for a hemostat that can control bleeding in a shorter time and yet is easy to use, easy to carry and affordable.

Celox Rapid is the answer

Celox Rapid gauze stops severe arterial bleeding with only one minute of compression applied*.  This saves valuable time in an emergency as well as reducing blood loss.  Independent in vivo testing showed 100 % success in achieving hemostasis and reduced blood loss compared to other treatments*.

Celox Rapid forms an adhesive gel that seals the wound.  The product has also been tested in a model of casualty evacuation, achieving 100 % successful transport without re-bleeding*.

Celox Rapid is provided in a compact z-folded format making it easy to use and carry.