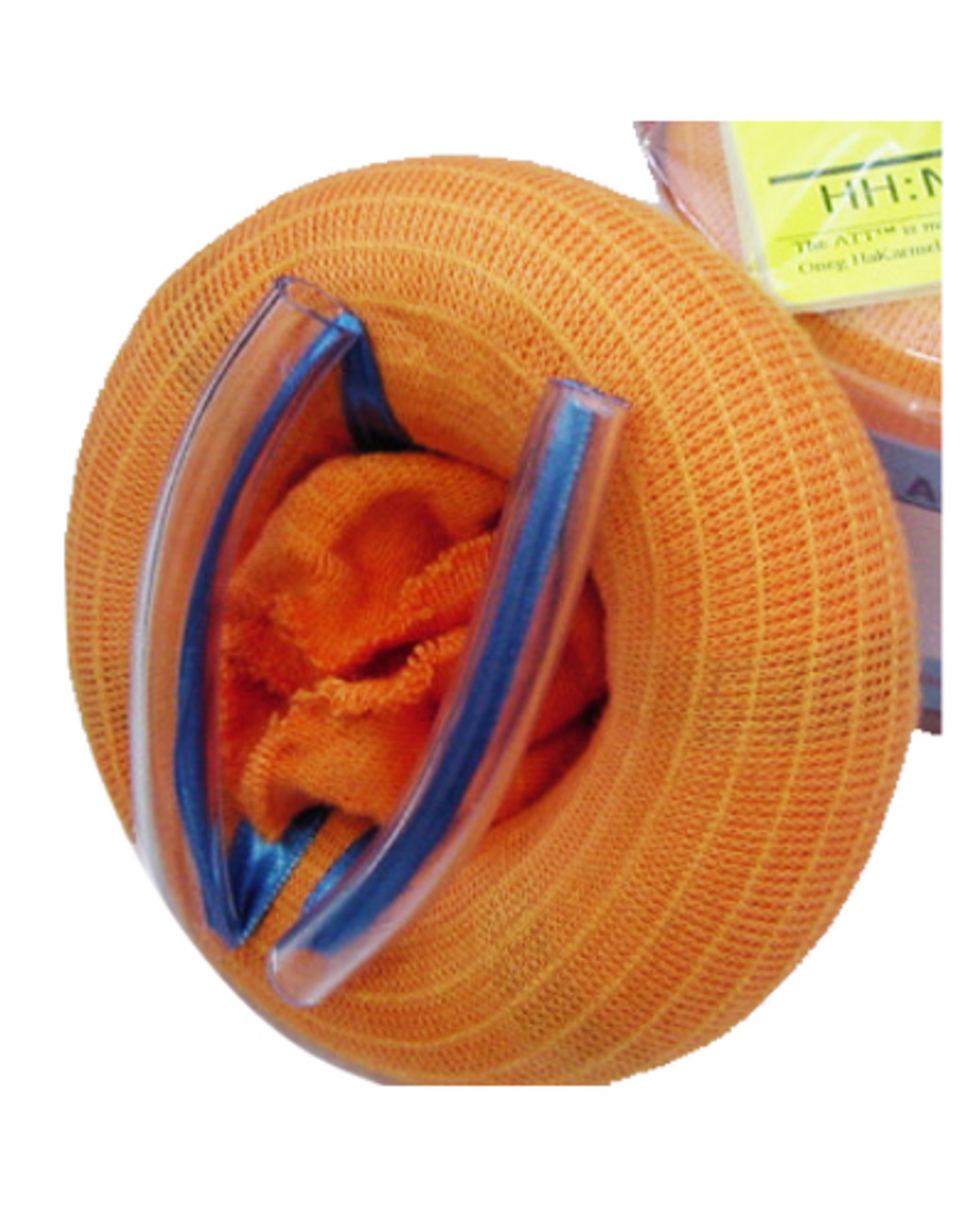 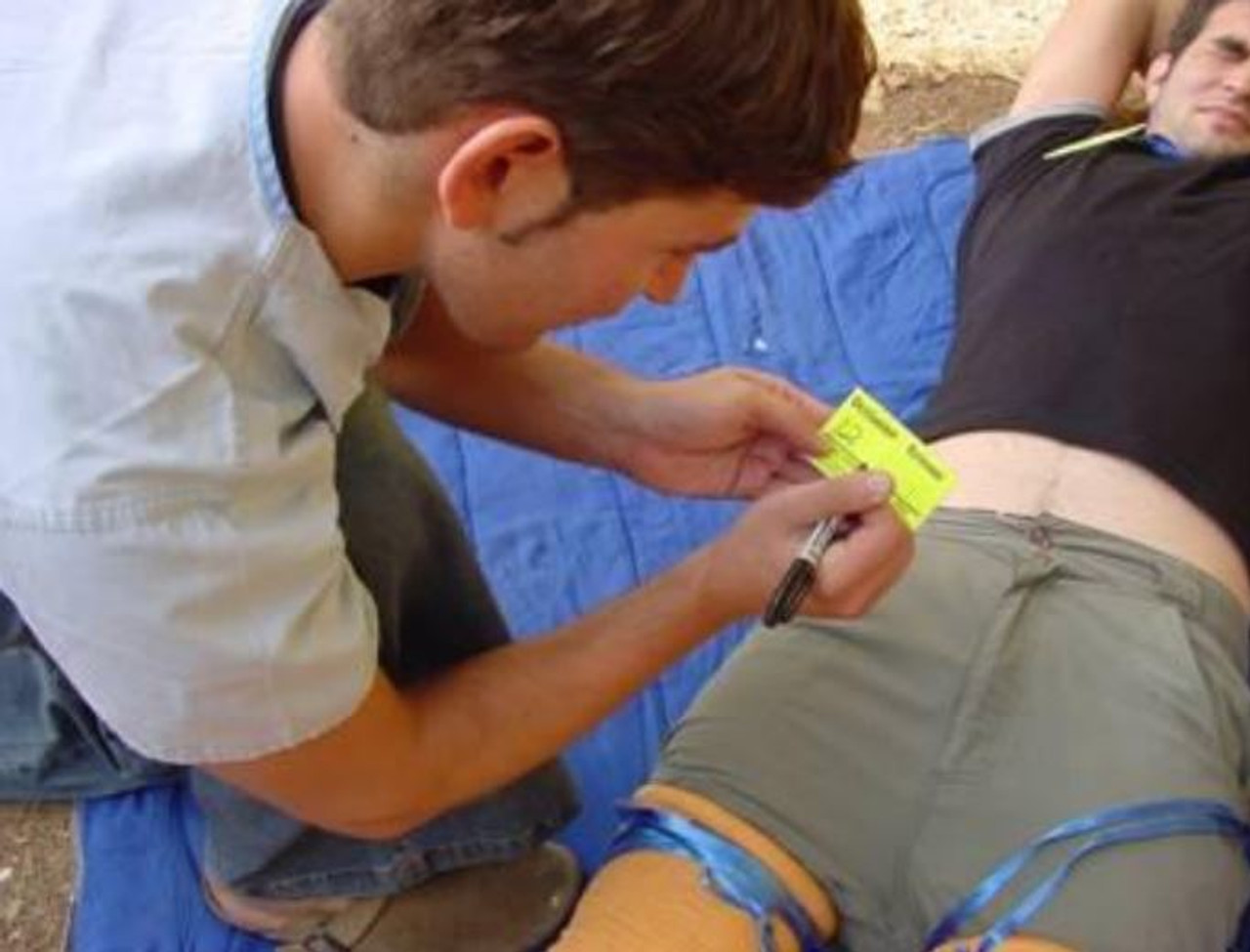 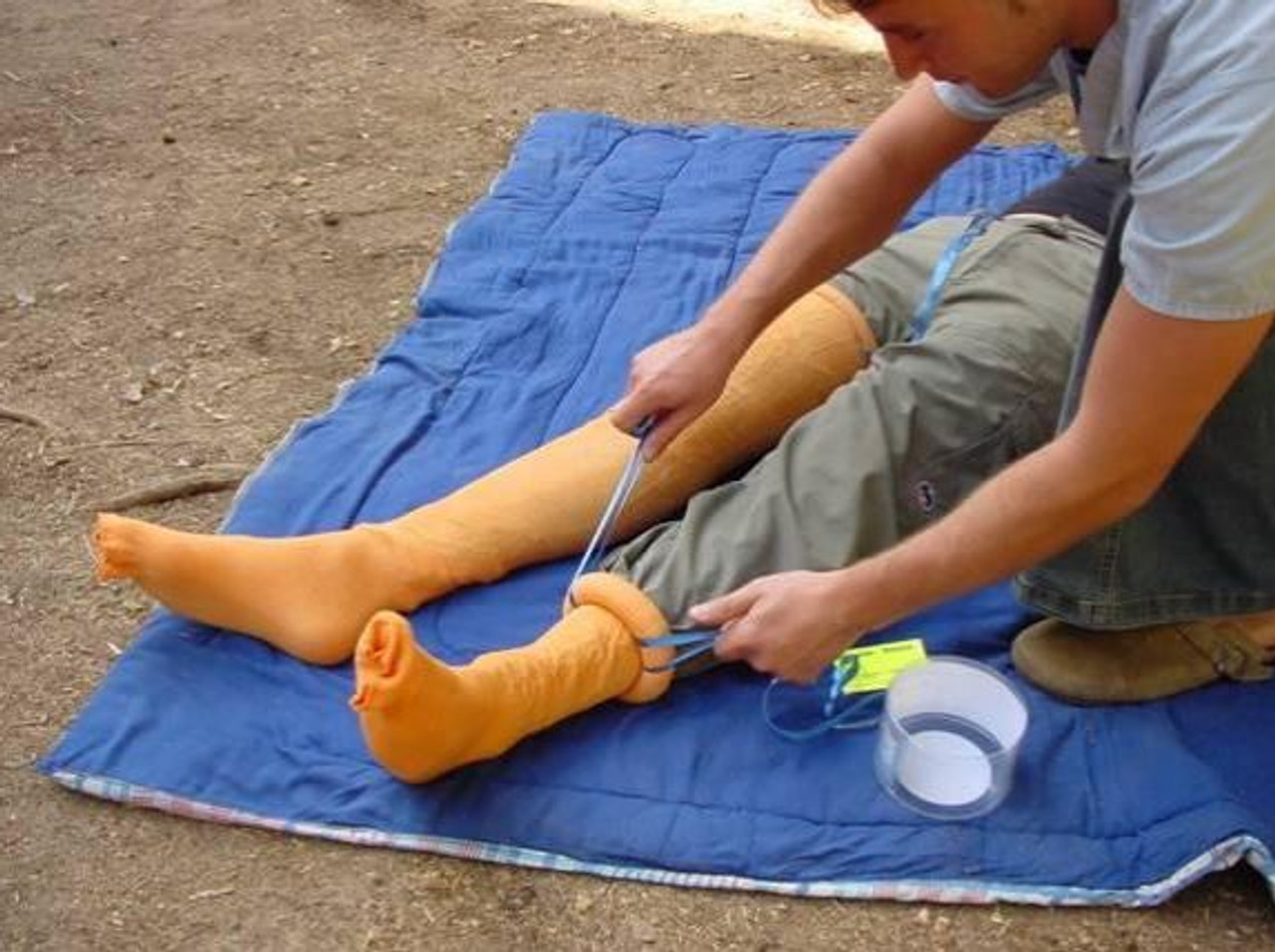 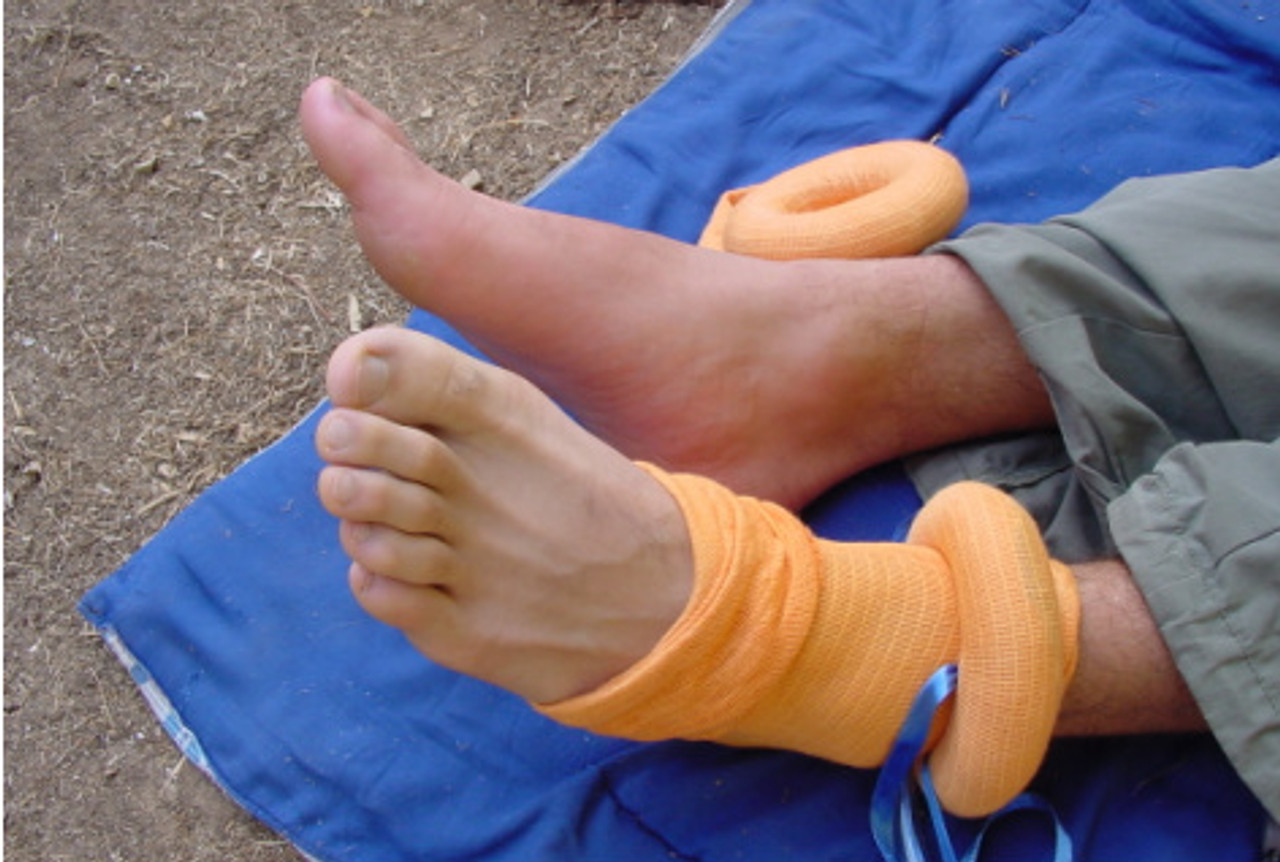 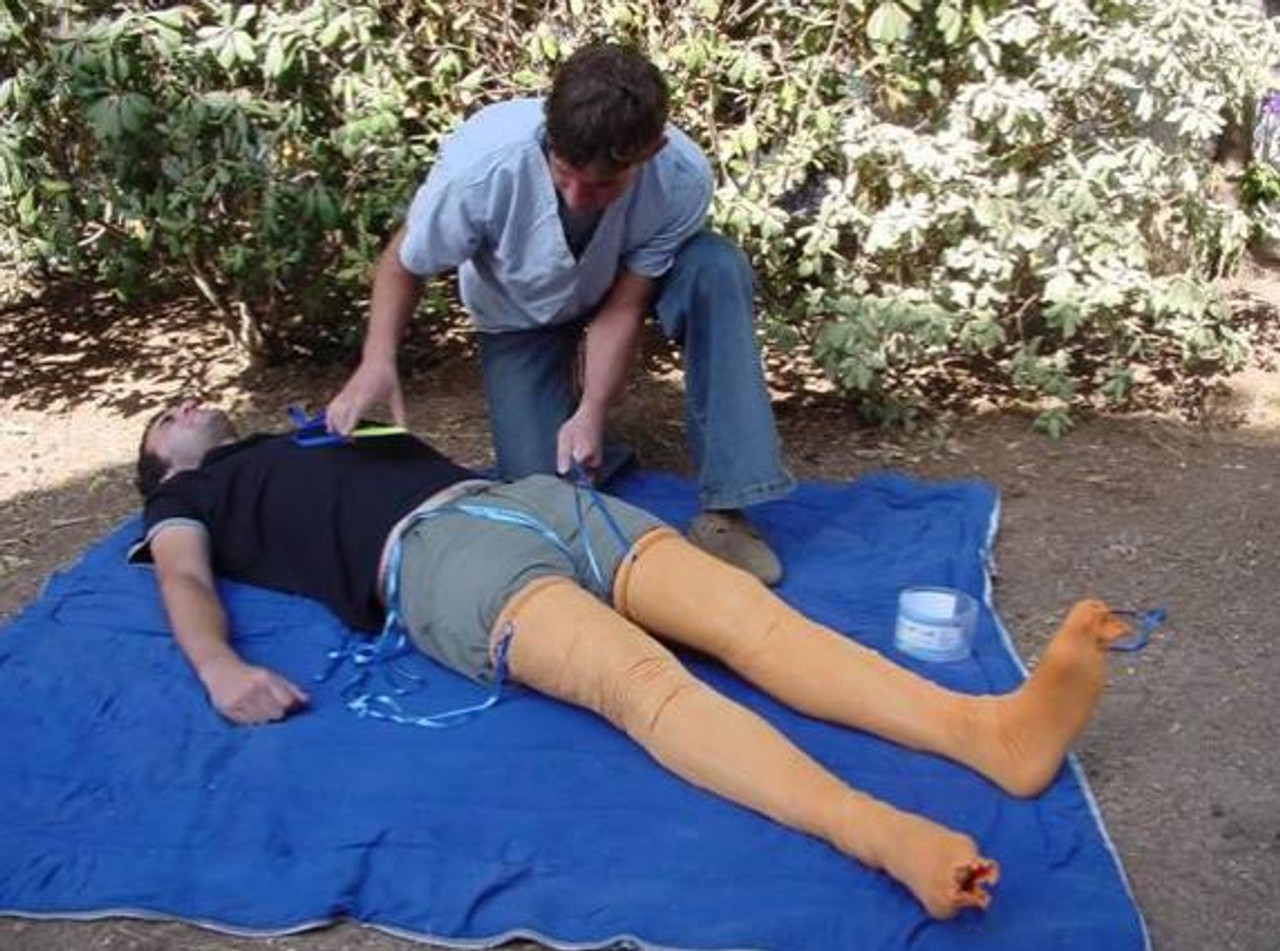 This product was never used before. Recommended for training.

he effects of the EED on Left Ventricular and Arterial Pressures
The circulatory effects of application of the EED can be summarized by using the typical cardiac cycle diagram shown above. In this diagram the pressure inside the left ventricle axis is seen (in brown or gray) to increase rapidly at the beginning of the Systole, peak and then fall to near zero pressure. During the Diastole the ventricular pressure increases gradually as the ventricle fills with blood.

The pressure in the aorta and the large arteries follows the ventricular pressure once the aortic valve opens and the rapid ejection starts. The aortic pressure contintues to follow the ventricular pressure until the aortic valve closes. In normal circulation the aortic pressure falls gradually as more and more blood is supplied to the organs and tissues during the Diasotle (orange line in diagram). The rate of diastolic pressure fall is influenced by the resistance of the arteries and arterioles that lead to the organs and tissues. This resistance, called Systemic Vascular Resistance - SVR. The rate of diastolic pressure fall is also dependent on the cardiac output. If the cardiac output is low, or when the SVR is reduced as may happen in shock or during CPR, the pressure during diastole falls much faster than normal as shown by the light blue line.

Changes in the Diagram when the EED is used.
When the EED is used it pushes blood from the limbs (legs usually) to the center. This blood increases the venous return to the heart so that the filling of the left ventricle is improved and the ventricular filling pressure incline during Diastole is steeper (brown line marked as B). This increased ventricular filling increases the End-Diastolic Volume EDV of the ventricle, which, through the Frank-Starling mechanism, increases ventricular contractility, stroke volume and cardiac output. However, the EED has a second effect: it blocks the arterial flow into the limbs the EED is placed on. This effect of the EED impedes the flow out of the aorta to the limbs and has an immediate and direct effect on the SVR. Both effects (increased cardiac output and increased SVR) reduce the rate of fall of pressure in the aorta and main areteries during Diastole as shown schematically in the green line marked as A.

The  use of the EED in Shock

Pathophysiology of Severe Shock
Severe hemodynamic shock is characterized by poor tissue perfusion. This results in reduced organ (e.g. brain, heart, kidney, etc.) function and switch to unaerobic metabolism, acid formation and loss of arteriolar tone. When this happens the arterioles and veins dilate and blood pools in the periphery which further reduces blood pressure and cardiac output.
Types of Hemodynamic Shock
There are several categories of Shock:
1.     Hypovolemic shock where blood volume is lower than normal (bloodloss, dehydration, diarrhea (cholera))
2.     Distributive shock where the total volume of the circulation is larger than normal (septic, anaphylactic, neurogenic, toxic)
3.     Pump failure shock where the heart fails to pump blood into the circulation (cardiogenic)
4.     Obstructive shock where blood flow into the right or left ventricles is impeded (cardiac tamponade, pulmonary emboli, pneumothorax)