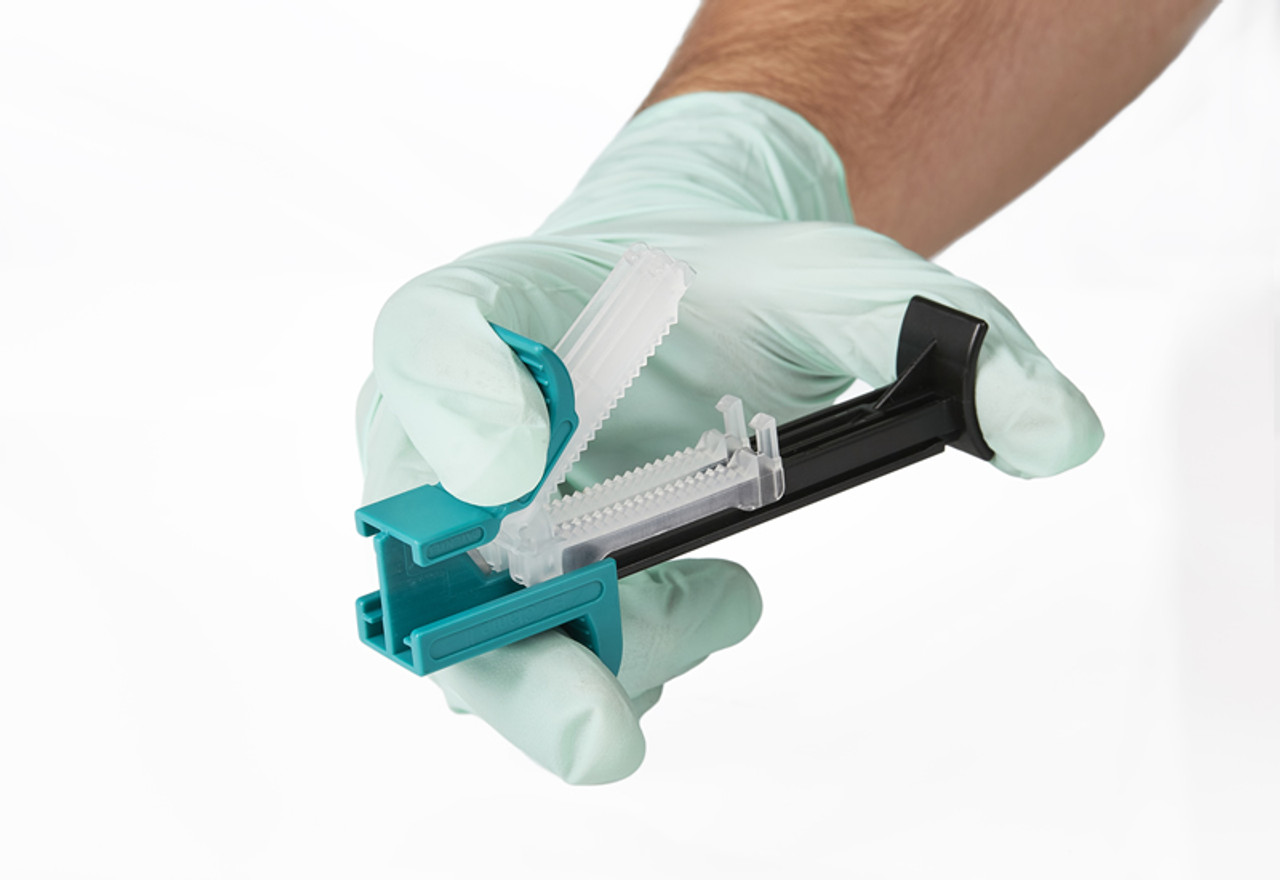 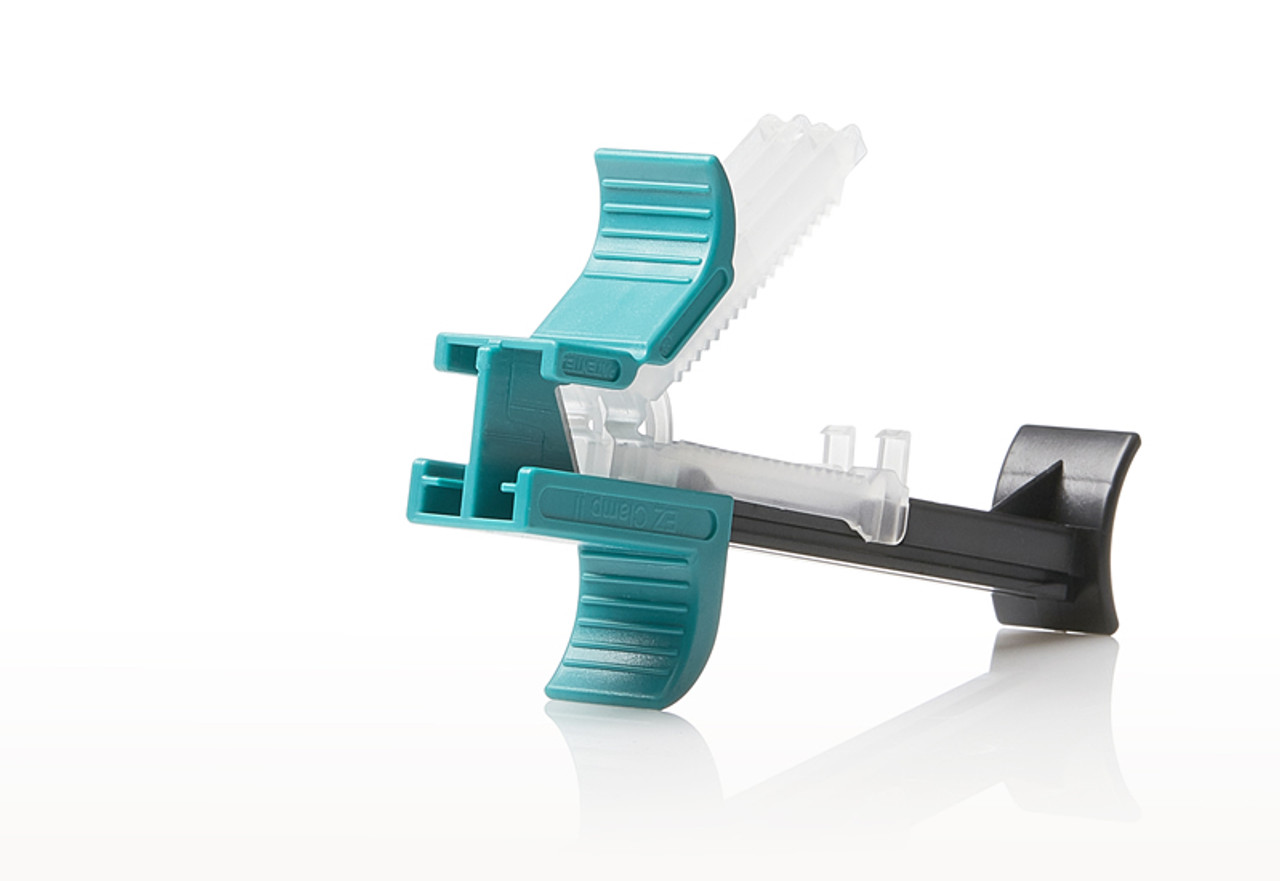 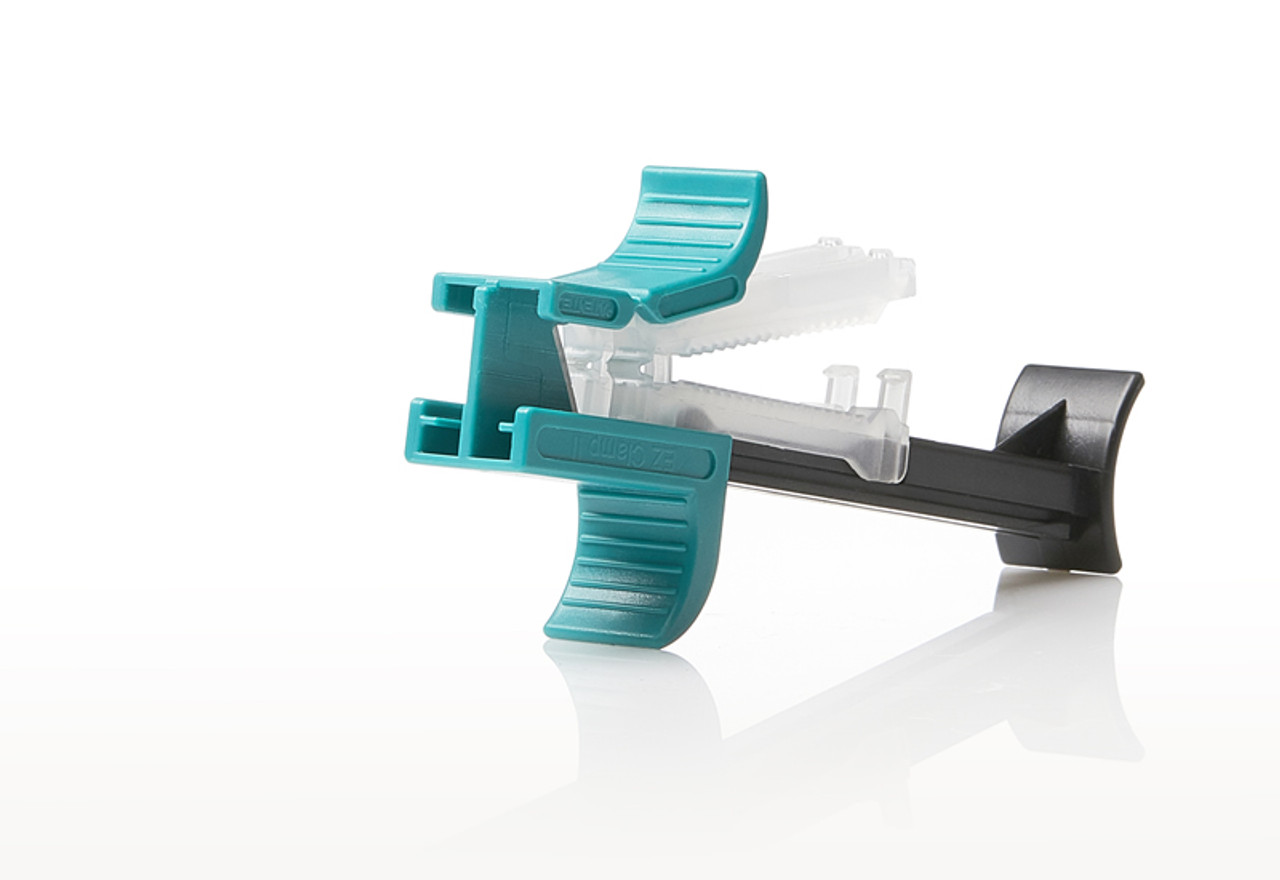 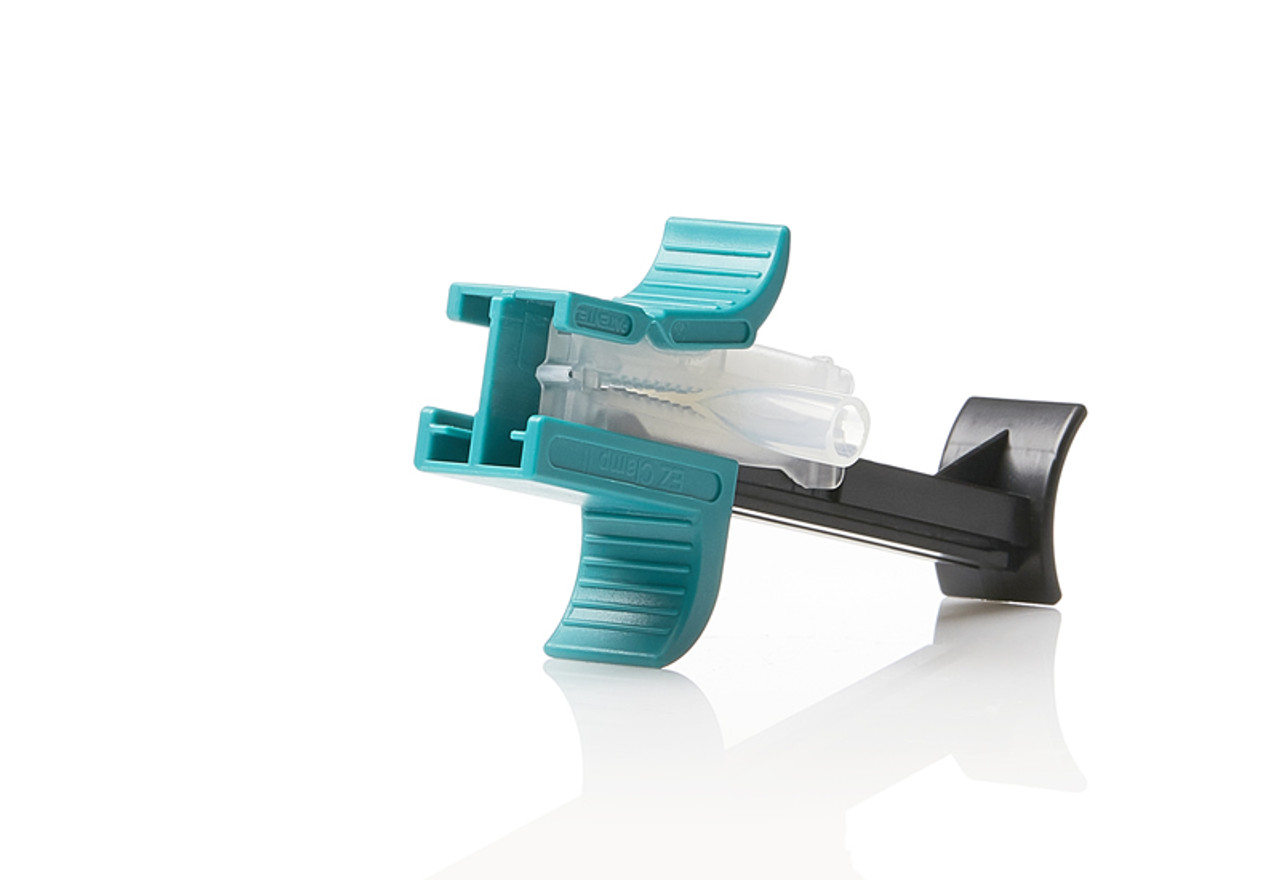 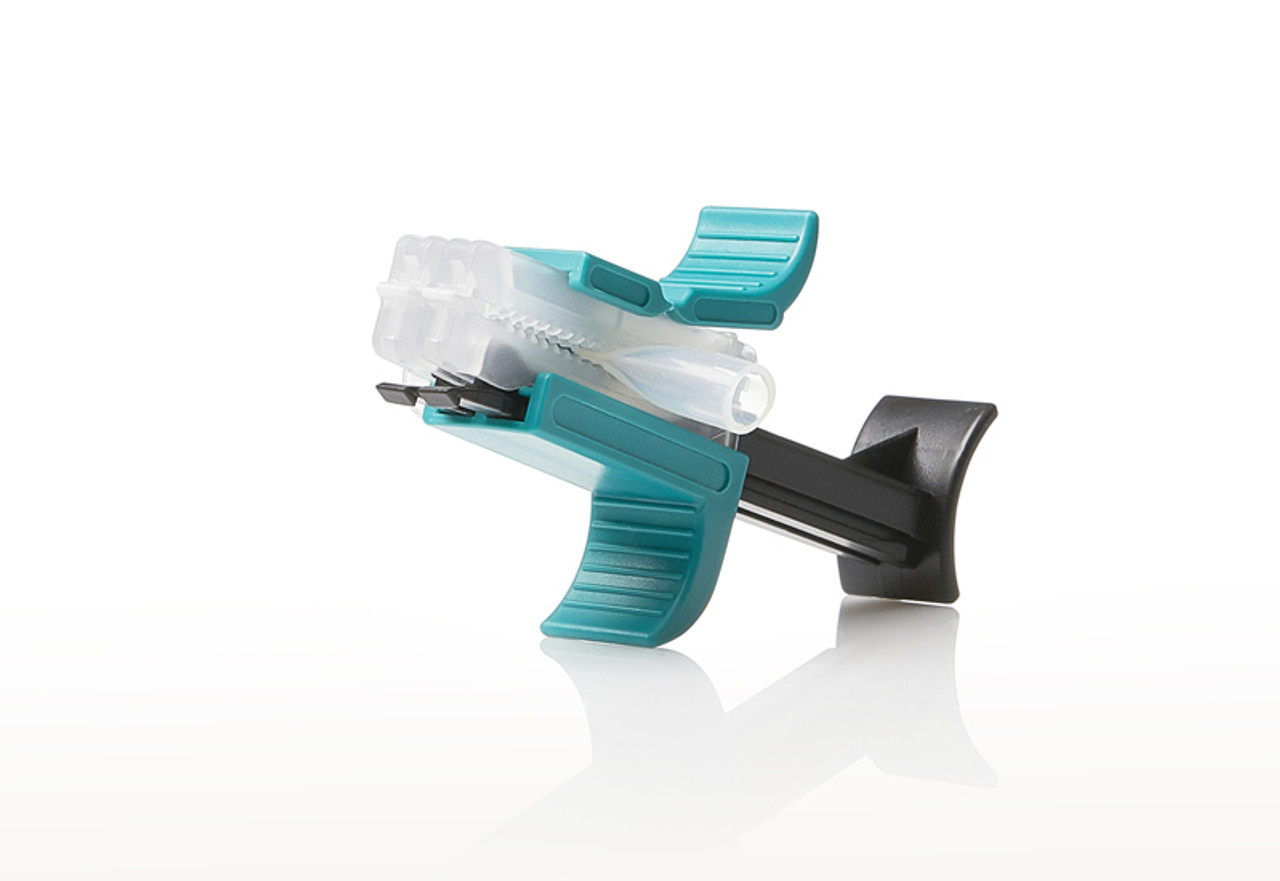 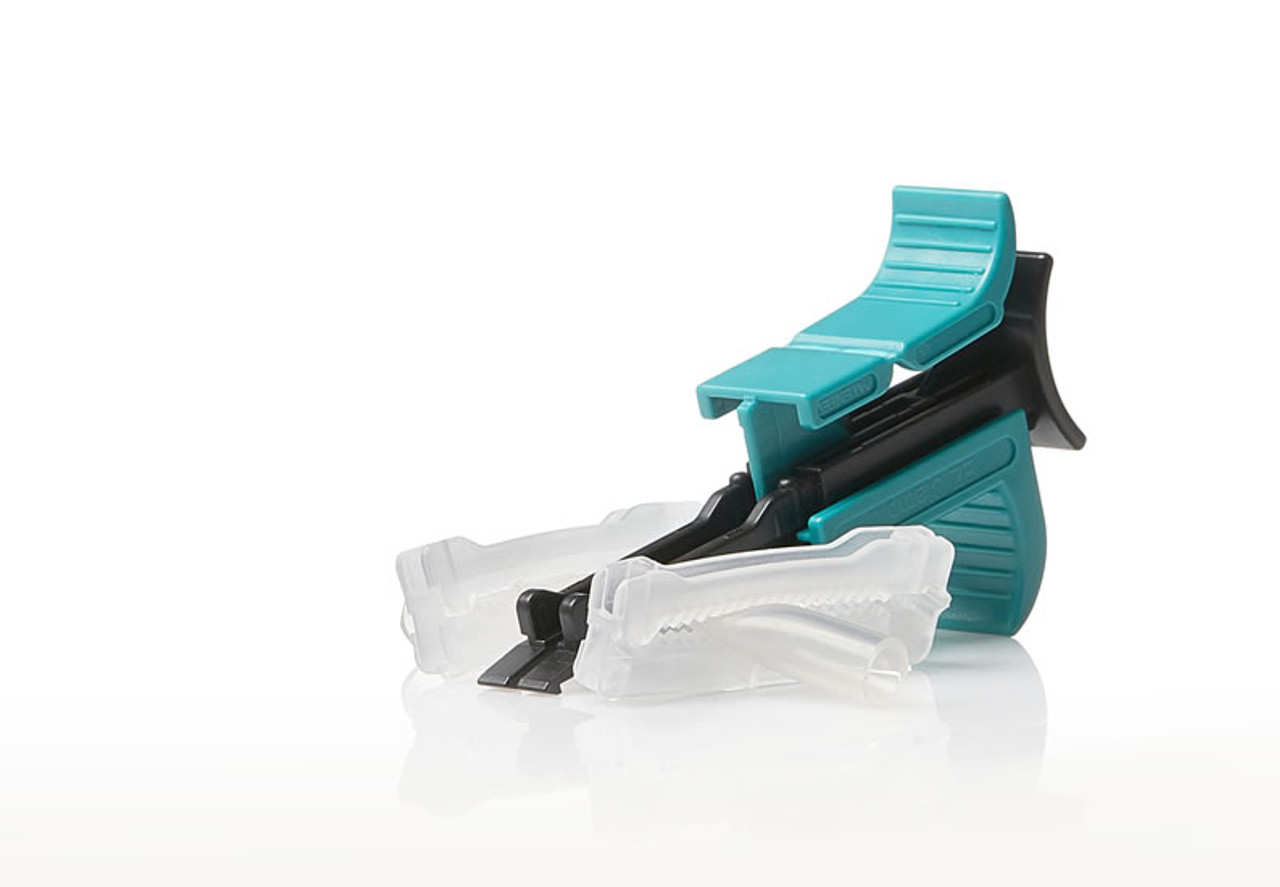 The E Z Clamp II is composed of two regular umbilical cord clamps and a stainless steel knife combined into one instrument which looks, feels and operates as a regular Umbilical Cord Clamp.
The E Z Clamp II separates after use into three parts: a regular umbilical cord clamp put on the baby cord, a second clamp placed on the placenta. The third part is the housing with the knife for disposal.

• Increases safety for infant and mother
• Separates into two regular clamps
• Convenient grip
• Four traditional stages in one easy action
• Reduces the danger of cross infection
• Enables a clear view of the inner veins
• Easy and fast to use with one hand, either left or right hand
• No cutting point adjacent to clamp
• No need for scalpels or scissors near the infant
• No risk of bleeding
• Simple to operate for non-regular users
• Great for ambulances and clinics
• Cost effective, disposable, for one time use

EZ Clamp II is ready to use in a sterile pack. The user simply holds the device in one hand and inserts the cord into the instrument close as needed to the infant’s stomach / body.
User presses with the thumb on the pusher (3) (as with a syringe) . When user start pushing clamp down, with holders (1 and 2) holder 2 bends (4) and the umbilical cord is stabilized, and the umbilical clamps (5) starts closing.
When closed it cuts the cord (knife 6), and automatically separates into two clamps. One stays with the baby and the second is attached to the placenta.

EZ Clamp II is simpler, faster, and cost effective not to mention safer for the newborn and the health practitioner. One easy action saves four traditional stages of clamping twice, cutting and securing knife.
Each EZ clamp is individually packed in a sterile peel pack tray; it is disposable and can be used only once.

Patented in the  EU, USA, China, India, Brazil and other countries.