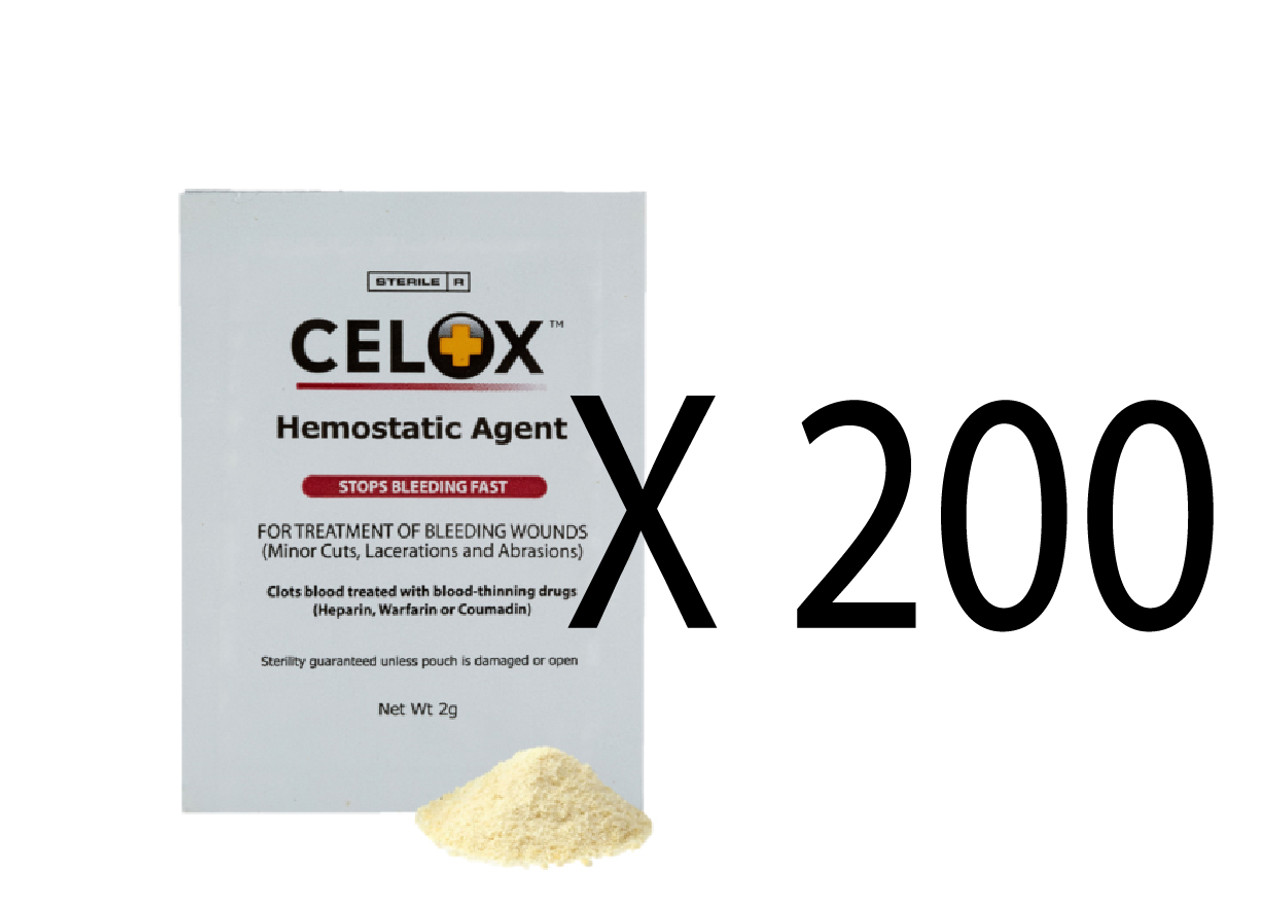 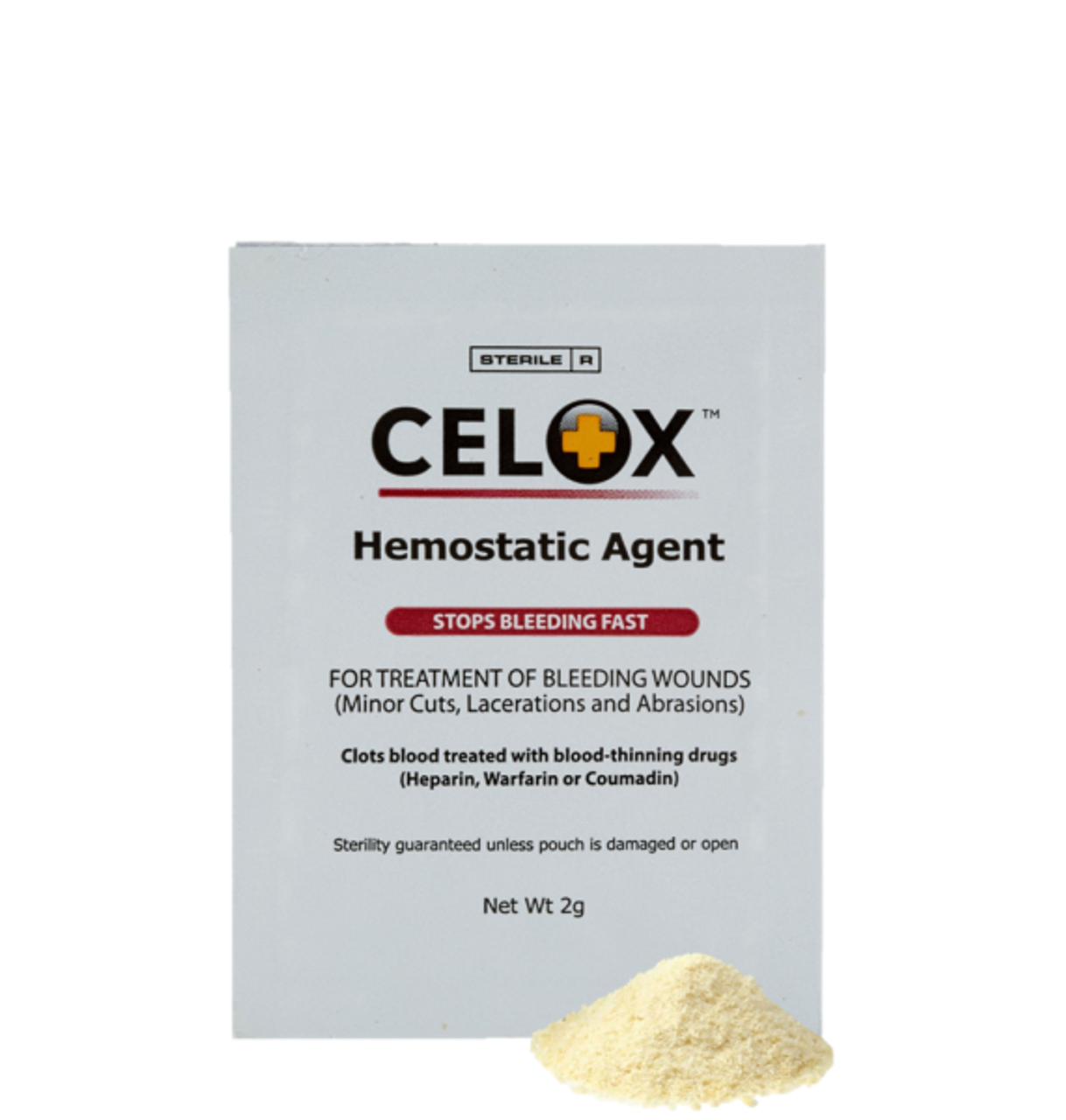 You can rely on Celox to stop bleeding when you need it most. Celox works on all bleeding wounds; from minor cuts and grazes, to severe wounds.

Celox is easy to use (just pour, pack and apply pressure), very safe and extremely effective. When mixed with blood, Celox forms a robust gel plug in 30 seconds. This clotting action is independent of the bodies normal clotting processes. Celox's clotting ability has been proven to work in the presence of common anti-coagulants such as warfarin.

In tests on swine by the U.S. Navy in Jacksonville, Celox was the only product to ive 100% survival. Celox is made with chitosan. Chitosan is broken down in the body by lysozyme, a human enzyme, to leave glucosamine, a sugar which is normally found in the body.